Soooooooo…. I am back to civilisation a bit earlier than scheduled. One reason is that the roads are not really roads and my lodging was 2 hours from the airport. Since my flight out tomorrow morning is at 8:30 I didn’t really want to risk anything. The other reason is that I couldn’t wait to leave Port Resolution.

But let’s start at the beginning. I arrived on time at the airport and Werry, the manager of my lodging was waiting for me. While we were driving towards Port Resolution it got dark. And when I say DARK, I mean DARK… you don’t see any houses because they have no light… when we arrived in Port Resolution Werry had to switch on the generator before I could see anything. Fortunately I had lamps with me so no issue. The girls showed me to a bungalow…. that didn’t have a bath. When I told them that I had booked the only one with attached bathroom, we walked over. But – the light didn’t work. So Werry had to fix it. Only later on I realized that there was not water either. So brush teeth with bottled water, no problem. That night I slept ten hours (my only night that I actually slept well and enough). Spent the first day mostly reading…

During my first day a group of vulcanologists arrived (I will post the link to their website later on). I didn’t know at that time how lucky I was that they were there. That night I woke up around 1 AM and heard noises in my room. I assumed that there were rats on the roof. Nothing new… Only the noise didn’t stop. About two hours later I had to go to the bathroom and when I followed the noise I found a dying rat close to the light-cables. What I didn’t know was that Werry had set a trap in my room… That rat nearly pushed me over the edge and by morning I was about to leave. I don’t mind have a bungalow full of ants or no light or no water but that rat was so totally over the limit…

The next morning Werry told me about the trap and the girls removed the rat. At breakfast the vulcanologists talked about mass and I realized it was sunday. Since their plans for the morning were nearly the same as mine I asked if I could join them. Thomas, their group leader, kindly told me yes. So we went to the village to attend part of a presbyterian service, then we went around the village, then to a beach I hadn’t known about and then to a big white sand beach. It really helped me get orientation and since Thomas does these tour several times a year he knows a lot of people. The people in the village were all very nice and welcoming, always telling us their names. The kinds were a different matter. They were not only kind of shy but one little girl was obviously afraid of me since she started crying as soon as she saw me.  Twice… 😉

That evening we went to the volcano Mount Yasur. The vulcano group wanted to walk around and I wanted to take pics. As soon as we were up on the rim it started to rain so hard that I couldn’t take any pics with tripod. When we got back to the resort I had to change my entire clothes including underwear as I was soaking wet.

The next morning the weather was finally better so I went back to the beaches to take sunny pics (and not overcast ones). In the afternoon we tried another visit to the volcano. I learned a lot about volcanos from Thomas. I didn’t know they had gas mask when walking around the crater and I didn’t know either that you go up to the rim and wait for 3 or 4 major eruptions to check in which direction the lava flies. Once you know it you go in the opposite direction. Thomas made me come with them to a point where you can see the lava in the crater. I didn’t stay there though as the climb up was steep and on the not-crater side it fell down steep. Since I was alone that evening I didn’t wanna go down that path alone in the dark. So I went back to the other side which was easier to got out of. I have a few videos and some really cool pics… 🙂

This morning I took advantage of the volcano group leaving to come to a hotel close to the airport so I don’t have to get up at 3 AM tomorrow morning. On our way we visited a custom village where the tribe danced and it was fun. The kids were not shy at all and more than anything they were very curious. I made videos of the dances as well but I will have to upload them when I get back home. At the end of the ceremony all dancers came to bid us farewell (at the beginning we were greated with a flower chain). It was very interesting. Afterwards we went to see their village and the newest member (2 weeks old). And now I am going to show you some pics before my battery is empty…. 🙂

Volcano in the rain (meaning lots more smoke as the rain falling on the hot stones had a sauna effect). 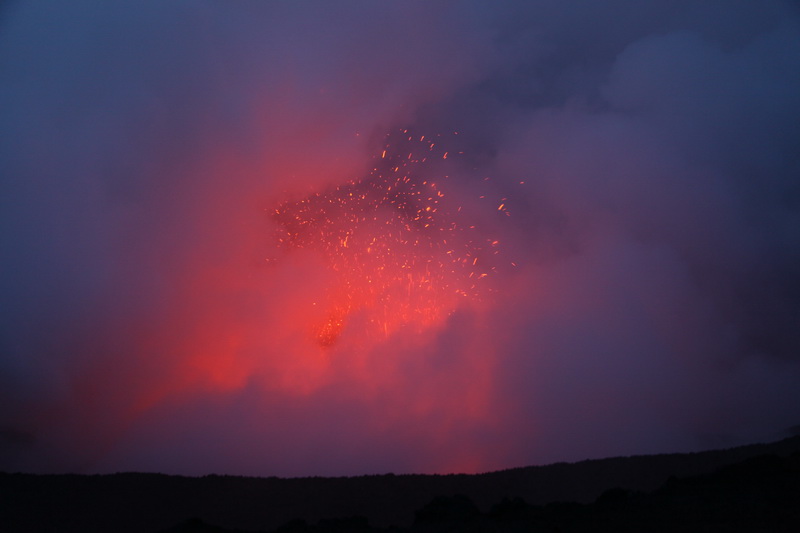 The view from my bungalow 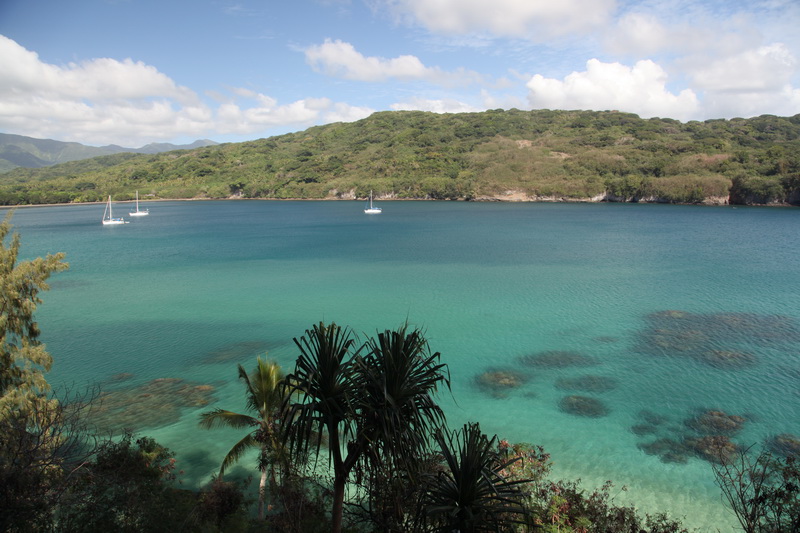 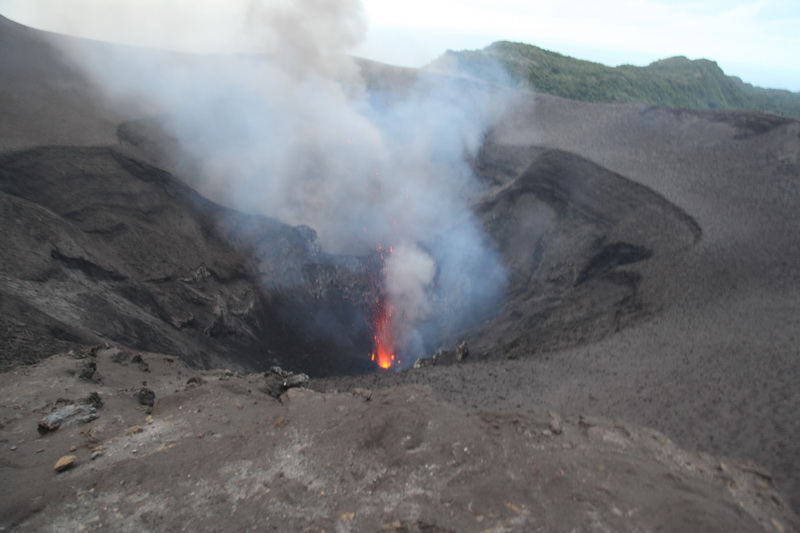 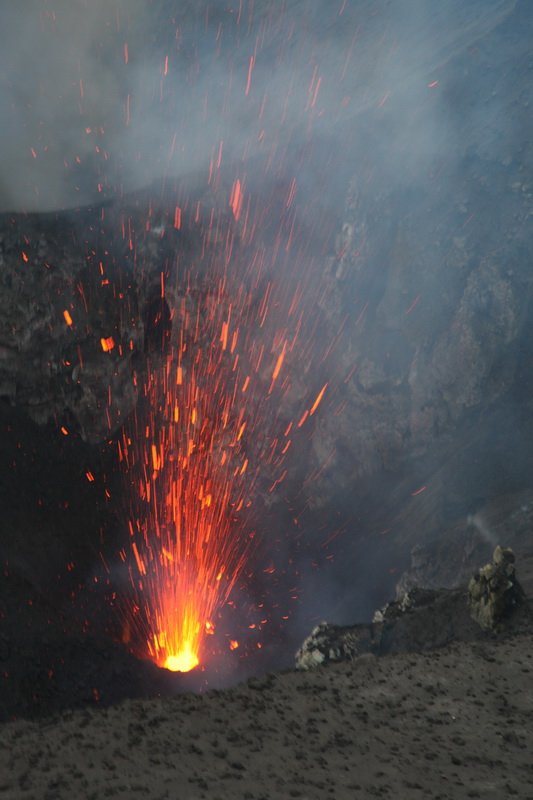 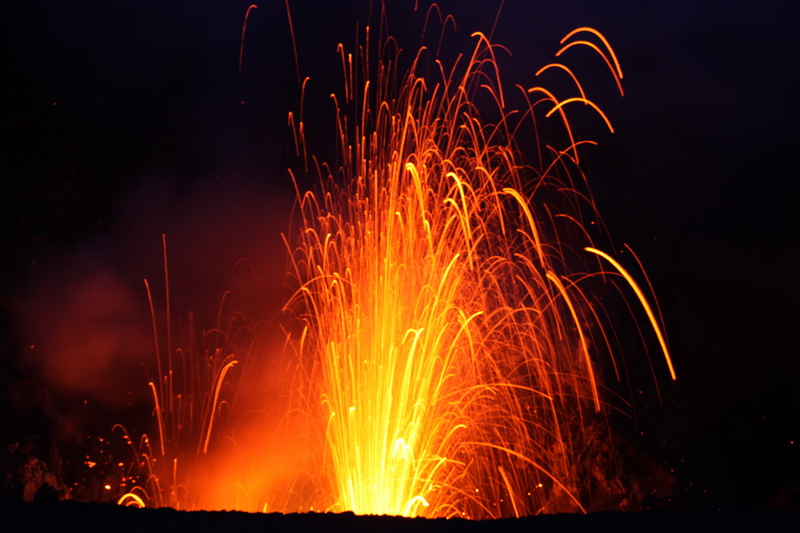 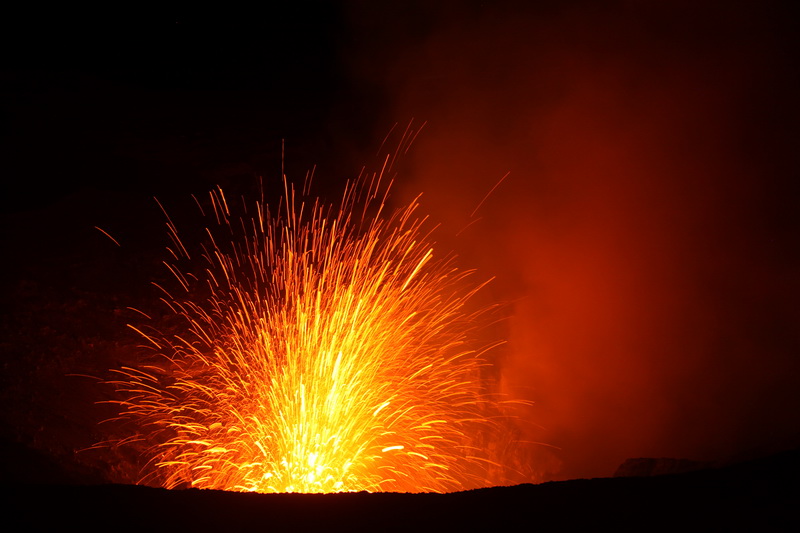 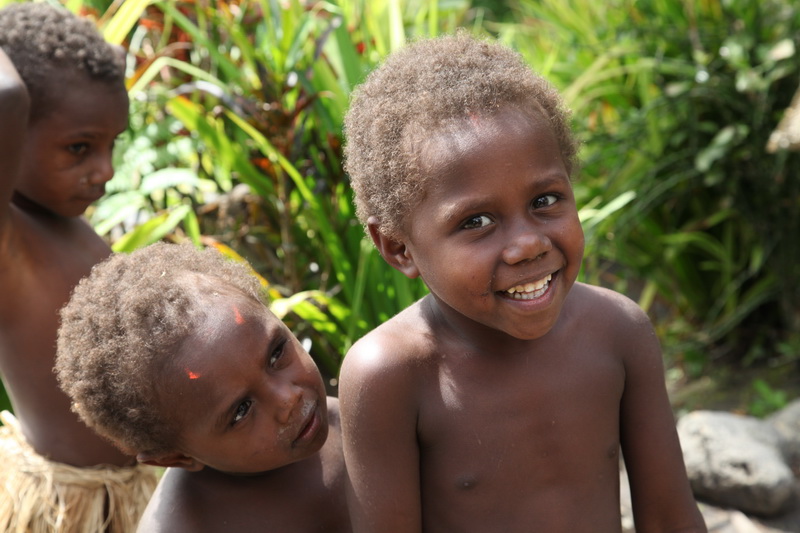 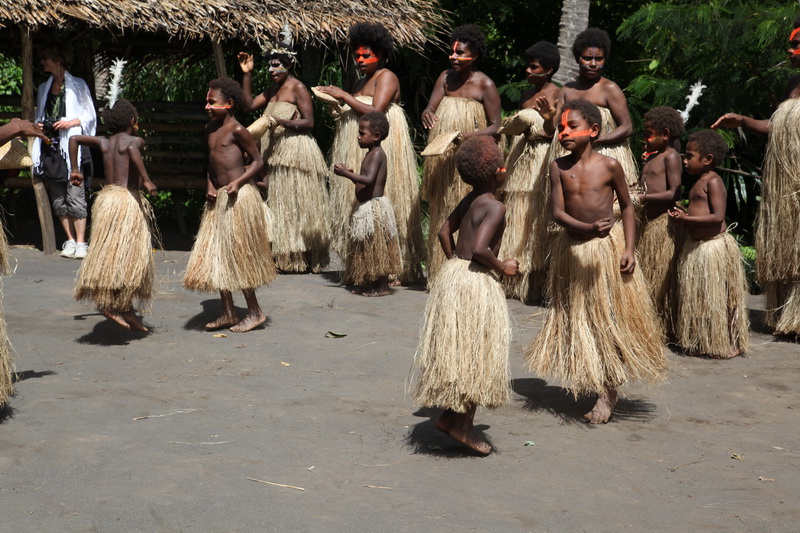 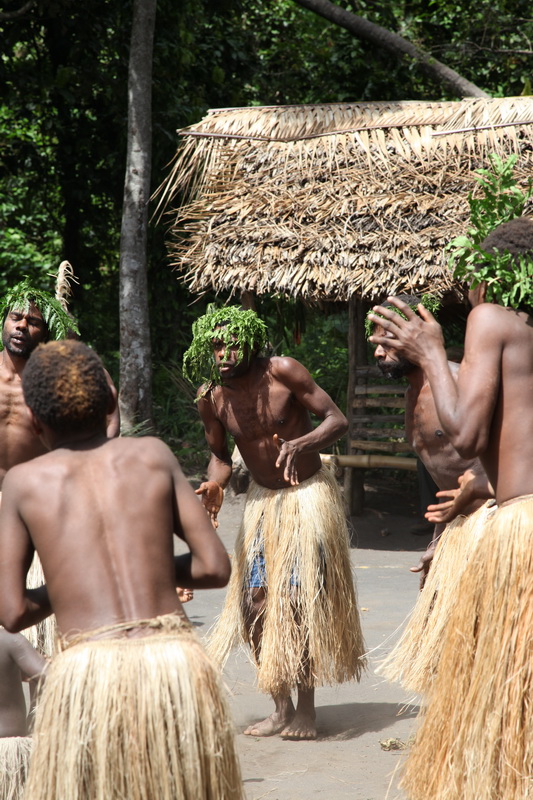 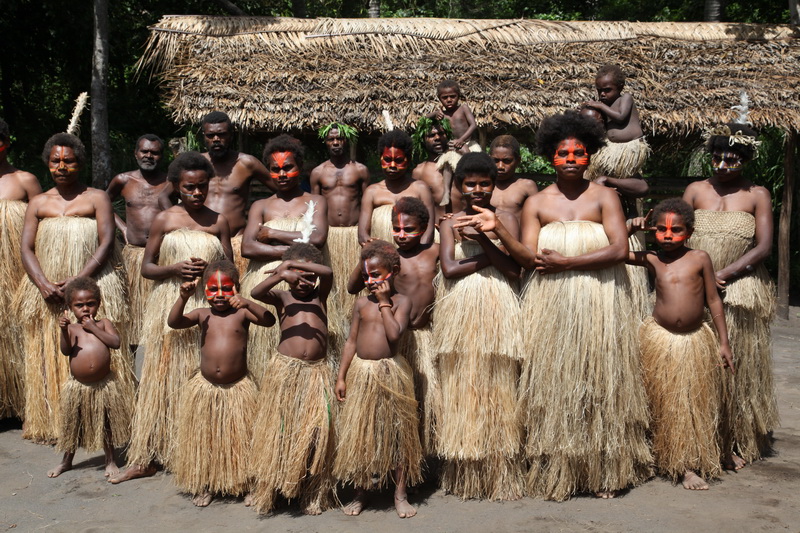 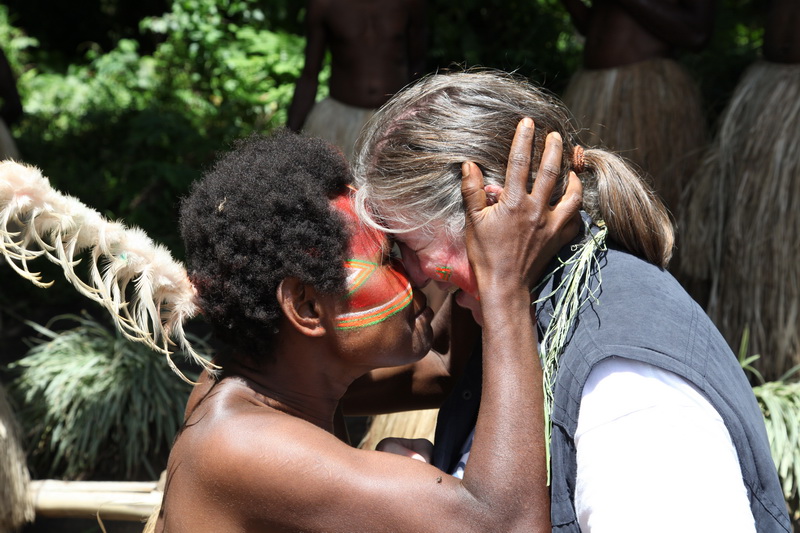 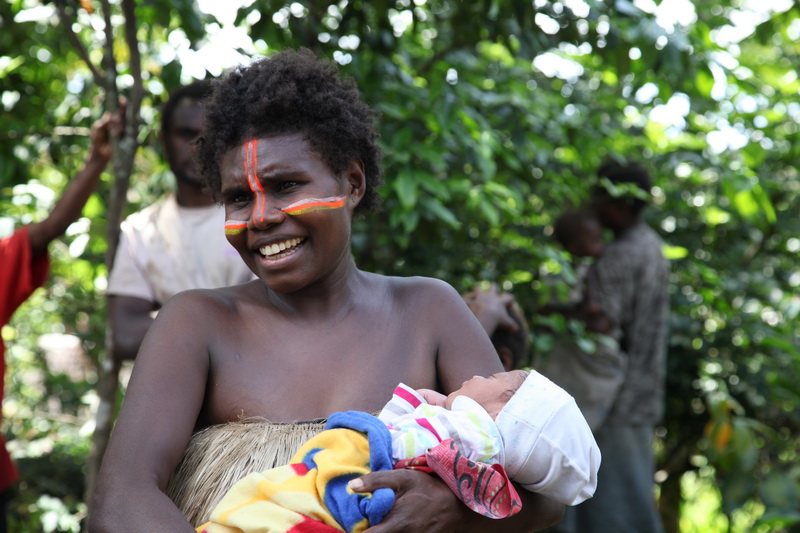