Day 2 and remaining pics from yesterday….

Well, maybe it was my mistake that the pics didn’t upload yesterday since I forgot the resize the pic that was never loaded….

This is a baby walking shark on our house reef. The pathway to the jetty is more interesting than some dives… 😉 We have lots of babies there. Further to the walking shark I see blacktip shark babies every day and lots of other stuff…. 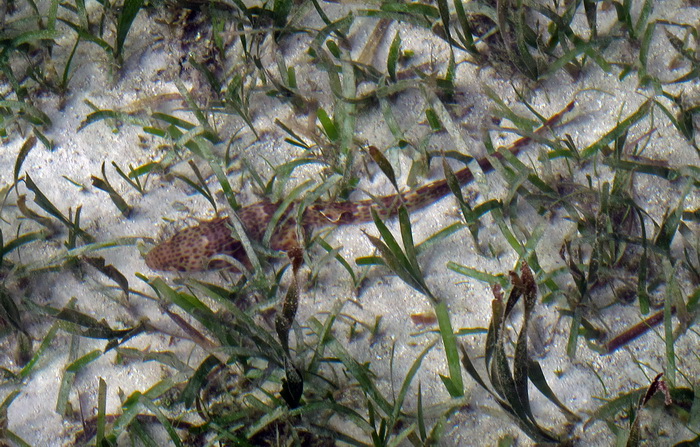 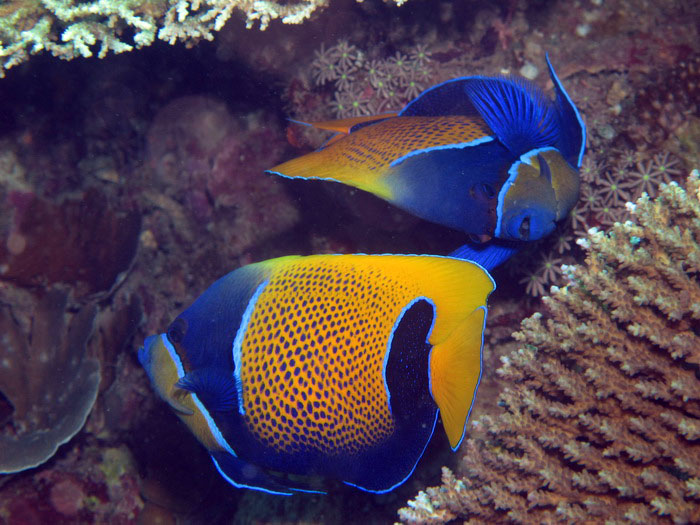 And this batfish joined us on our deco stop… 😉 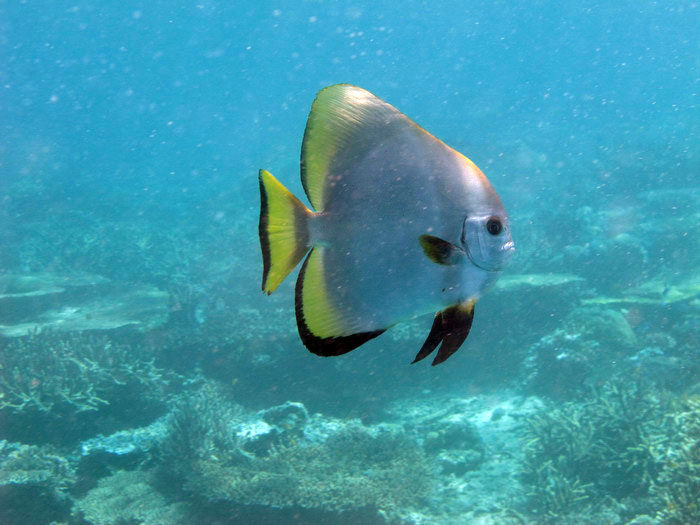 Well, and now the new ones from today. We were supposed to do one dive in the morning, return to the resort and then lave for further away dive sites to do three more dives. Not exactly the number I intended to do but since I didn’t wanna do only one and couldn’t leave the boat in between I had to go with them. The first dive was great as I saw my first two WOBBEGONGS. *yeehhaaawww*

The head of my first wobbegong 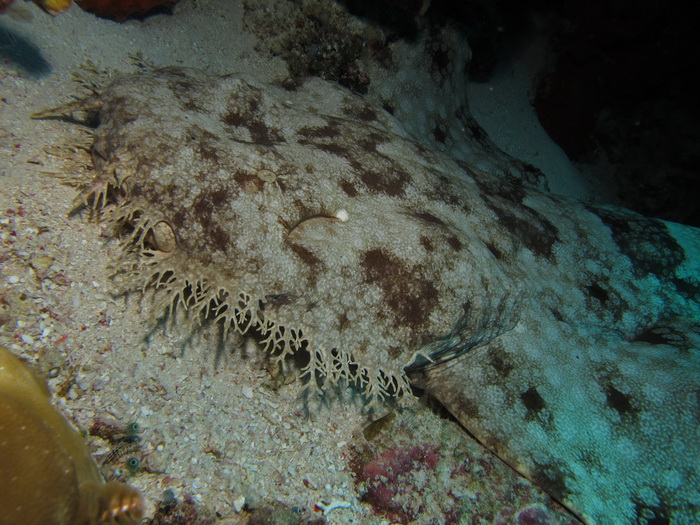 And the entire second wobbegong. Doesn’t he have a funny tail? I hope I will get better pictures of them in the next days… 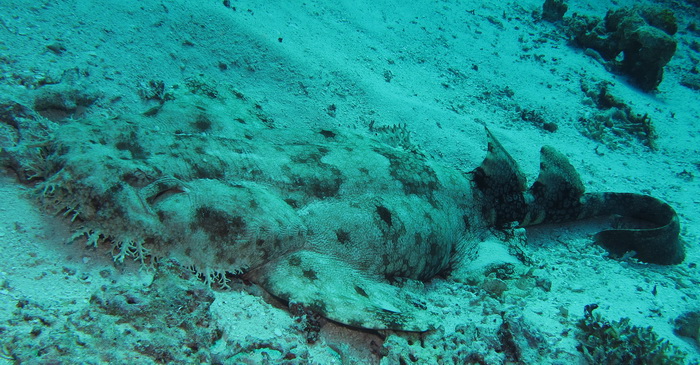 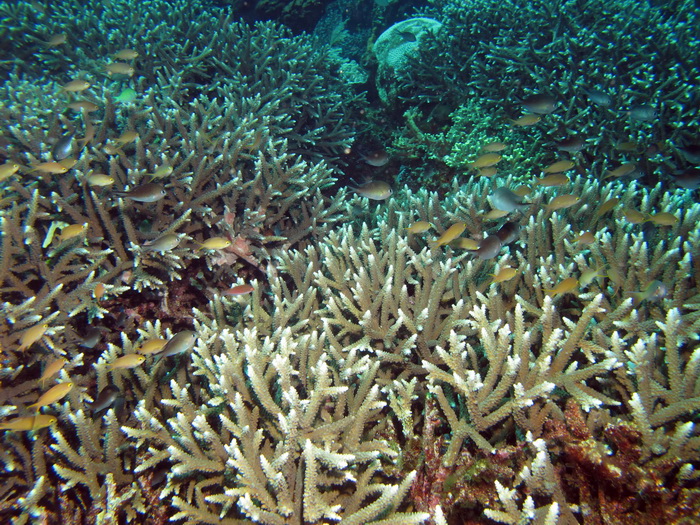 Well, as it turned out after the first dive our boat crew had no intention of returning to the resort as planned and we realized it too late.We were pissed off of course because nobody of us had sunlotion on the boat and we had prepared to take other sun-protecion things too (like hats and stuff) to bring for the rest of the day. Lesson learned… after some time we just resigned and decided to make the best out of it. The second dive site was Manta Place. This is where you go in. 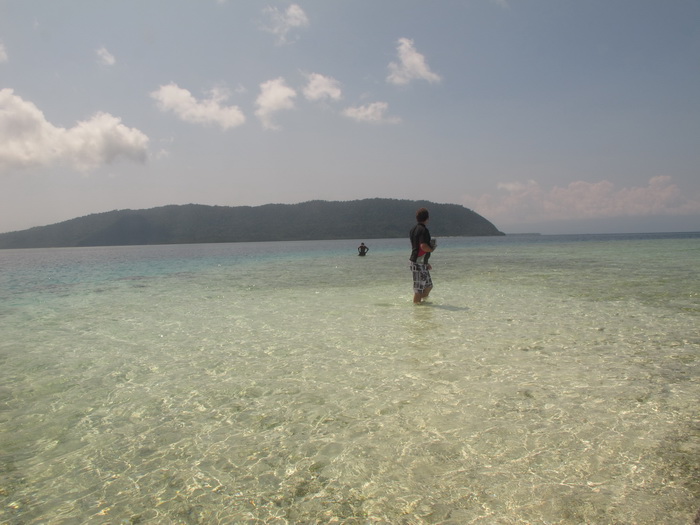 On the dive we saw a lot of things but not one single manta… (one had been sighted earlier but he didn’t return). Well, yes, there was a slight current… 🙂 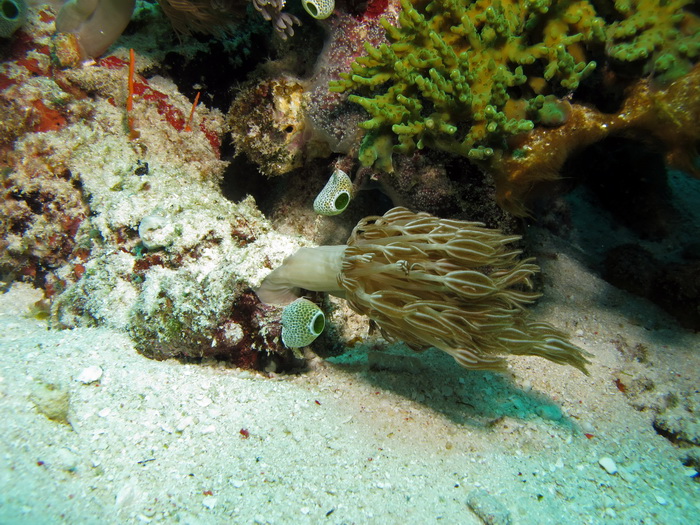 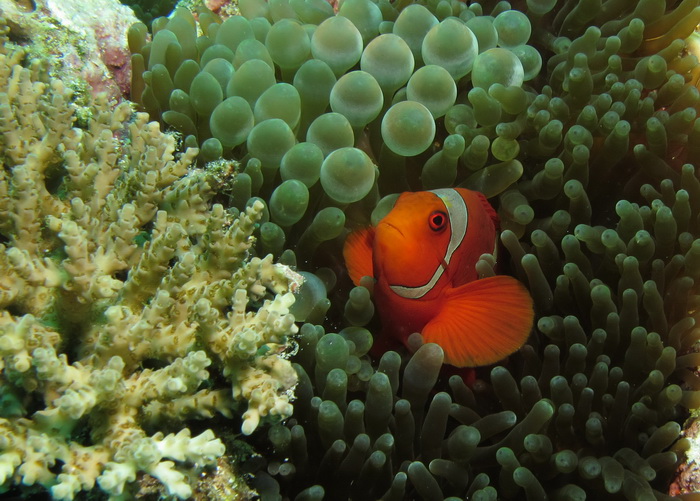 During the dive my head had started to hurt heavily. I had felt this coming and had intended to bring my painkillers but those were with the stuff I couldn’t get after the first dive. So I asked the boat crew for ths first aid kit and in fact I found something there. Felt better after a while but didn’t go in for the 3rd dive. When the others came out we drove over to this spot where you can pretend to be Robinson Crusoe…. 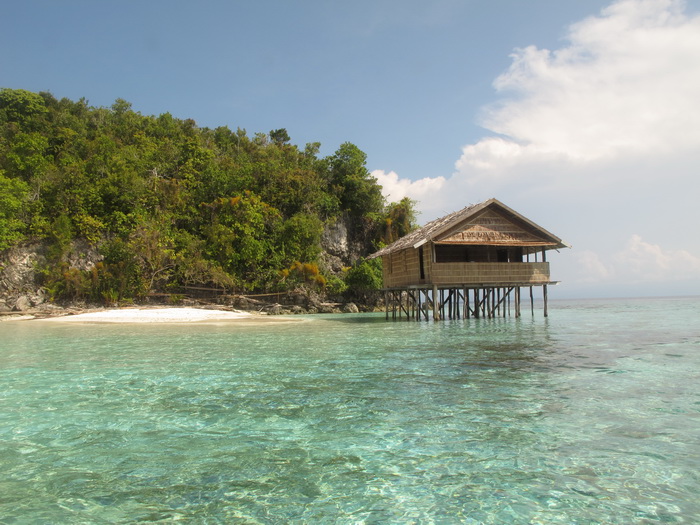 By the time we got there we were all already pretty burned so we tried to find some shadow. But it was warm (especially if you wear a black wetsuit…) so in the end we just sat on the water in the shadow of that house. Finally it was time to go for our last dive. Since s strong current was expected we decided to leave our cameras out of the water. During the dive I wished I’d had it but it was better that I didn’t take it down. We were hooked in the reef initially (but the current was moving us toward the reef so I was busy trying not to damage anything). And there were lots and lots and lots of fish. Fis soup… among them spanish mackerels, blacktip sharks, tunas, napoleons, buffalo heads and lots of other. We stayed there to have a look at tha aquarium for about 15 minutes and then we flew off… the current was VERY strong and if I don’t have to swim against it I have no problem with that. It was a nice ride. Finally the current lessened and we ended our dive with only low current. Then we went back to the resort just in time for sunset… 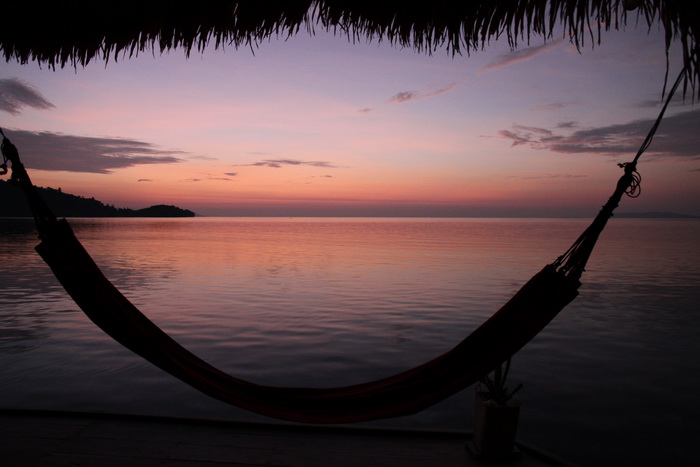