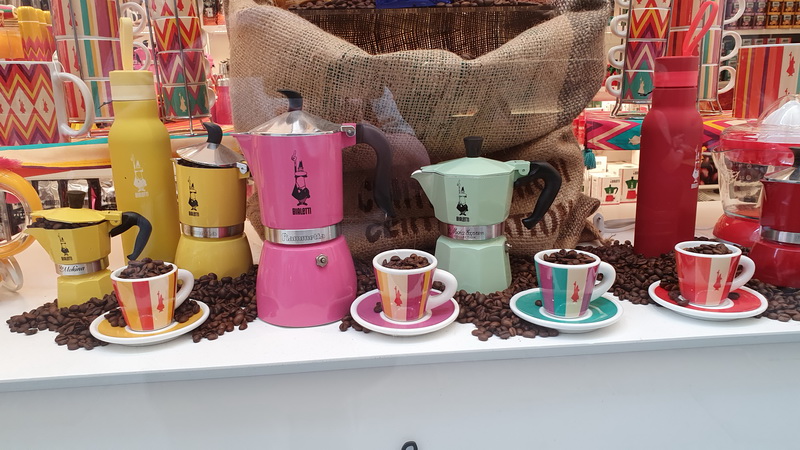 Sunday I got up early again because the weather forecast predicted rain around noon and I wanted to make the most of the day before it got wet. Had my breakfast with view to Rialto again. And I have to show you the bathroom of my room as well. It was so small that you couldn’t really use the toilet in the direction you would normally use it. 😀 Knees on the wall. 😀

Walked around towards the train station and then took the metro 😉 (boat) along the Canale Grande back. But I didn’t go all the way to Rialto by boat but left a bit earlier. Since it was sunday it was a bit too crowded for my personal comfort so I tried to take some quieter streets. Relaxed a bit at the hotel and then walked to San Marco again and from there in another direction back. Then it was already time again to pack my bags and go back to the airport to take the flight back home. Of course the three days were not enough but after so many months at home it was good to get out again at all so I won’t complain. Better than nothing. And initially it was a very weird feeling to back in Italy. But a good one. 🙂