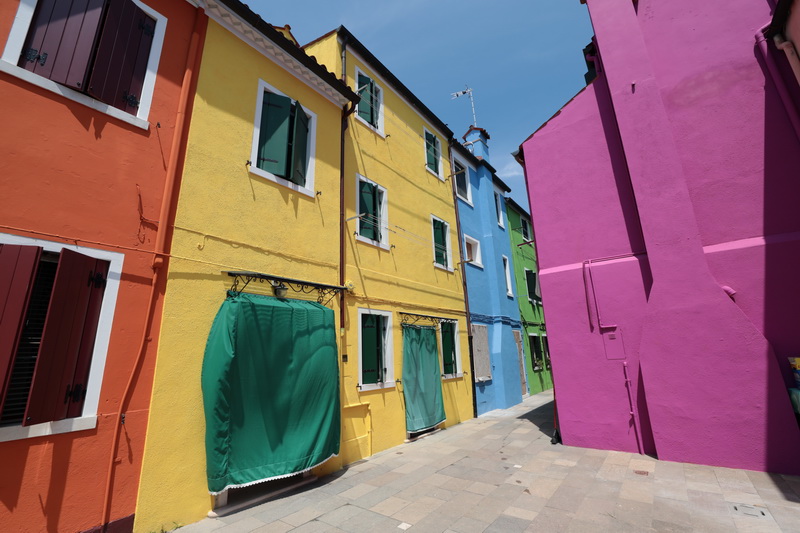 The next morning I had breakfast next to the Rialto bridge and that was really cool. I left the hotel early because I wanted to go to Burano. On the way there I left the boat on the glas-art island Murano first. There are all the glassblowers. I didn’t want to go into one of the big shops where they show you how they work because there were too many people around. I didn’t really want to go with the crowds so I went to the quieter areas. Murano is nice but I prefer Burano by far. Burano is known for it’s colourful houses. There are lots of them. And they have a church tower that is lopsided. I spent more time on Burano, sat down for a glass of wine and Tiramisu (I know wine and tiramisu don’t really mix but I just HAD to have a tiramisu while being in Italy 😉 ). But again it was too crowded and it started to get too hot as well so I took the boat back to Venice. It was still a bit to walk till I was back at the hotel. I rested a bit and later went out to eat a pizza and then sleep…. The pics somehow are in the wrong order… not the first one but the others. 🙁