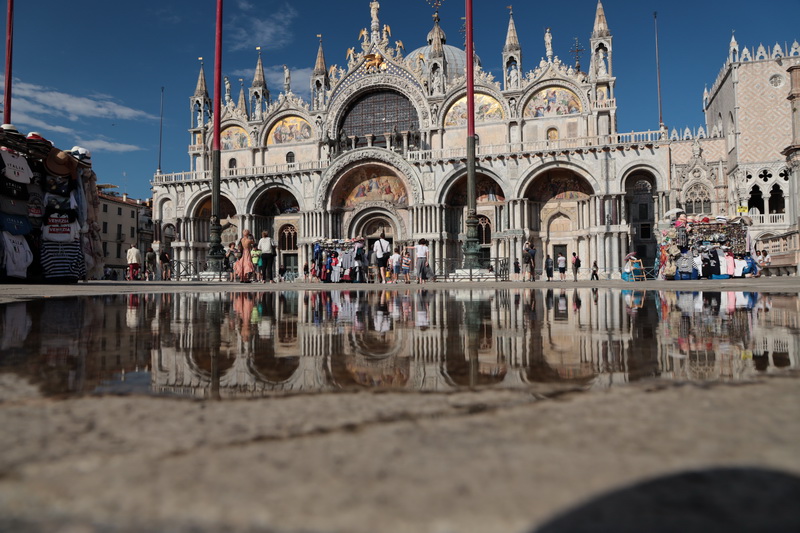 In June the need to get away got bigger and bigger so I finally booked a long weekend in Venice. It was a bit difficult to book because my first booking was from Thursday to Monday but a few days later both flights were cancelled, the rebooked me to flights that didn’t make a lot of sense but then the flight times changed again. So finally I left friday at noon and the flight home was Sunday at 9 PM. I have to admit that I had tears in my eyes when I finally entered the plane after nearly two years of not flying. Once arrived in Venice I got my suitcase and took the bus to Venice.

I had booked a hotel close to the Rialto Bridge so that I was in the middle of everything. The area is a good starting point in all directions. Once I had checked in I just walked around a bit. The sun was shining and I had no clear plan where to go so I just walked to where my feet were bringing me. Foto-weather was great. What I didn’t expect though was that I got really cool pics on the San Marco square. I don’t know if it was high tide but there was water coming on the square. Not a lot but it was enough to get some really nice reflections of the San Marco church in it. I should have taken more pics with that. There were more tourists in Venice than I would have liked but it was still nothing compared to what it would normally have been at this time of the year. After that I went back towards the hotel and I was rather tired so I went to sleep early.