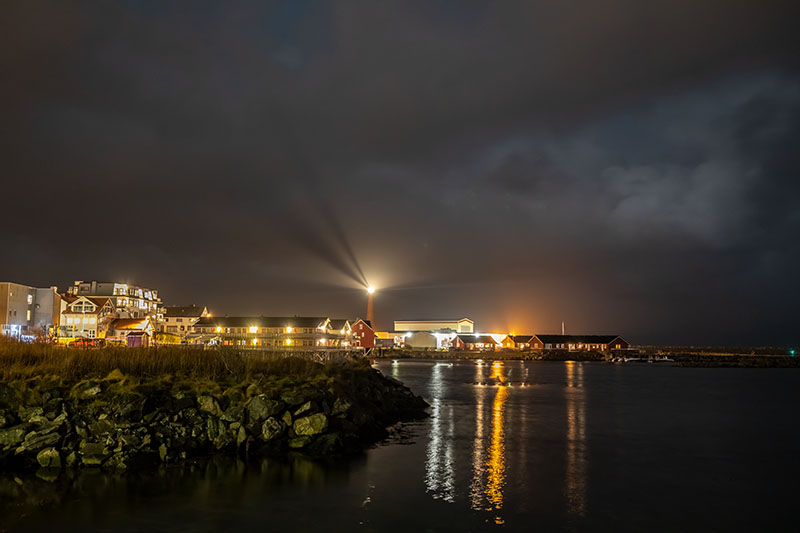 The weather continued like that. The hotel was not very busy but that was to be expected. When I arrived there was only one other guest (american). One morning there was an italian group at breakfast but they continued with their tour the same morning so it got quieter again. It was nice to chat with the owner and a lady working at breakfast. Andenes does not seem to be hit by Covid too hard (yet?) since there seem to be business travelers around which is good. Unfortunately the Kaffeehuset where I spent nice hours on my prior trips is closed. My italian restaurant with the HUGE pizza is still open though. I hope it stays like that. I like Andenes. It is a small town but not too small and not too big either. You have everything you need there. I went out for northern lights one more evening when it seemed to clear up but that was misconception as it started raining again. So no northern lights for me in Andenes this time. OK though as I already have lots of northern lights pictures from there and I had that phantastic northern light fireworks night with Marianne in Tromso.

I have to say that those 5 days in Andenes were VERY relaxing. I hadn’t realized how much I had needed that. So when I had to go back to Tromso for the final night before flying home I was really relaxed.