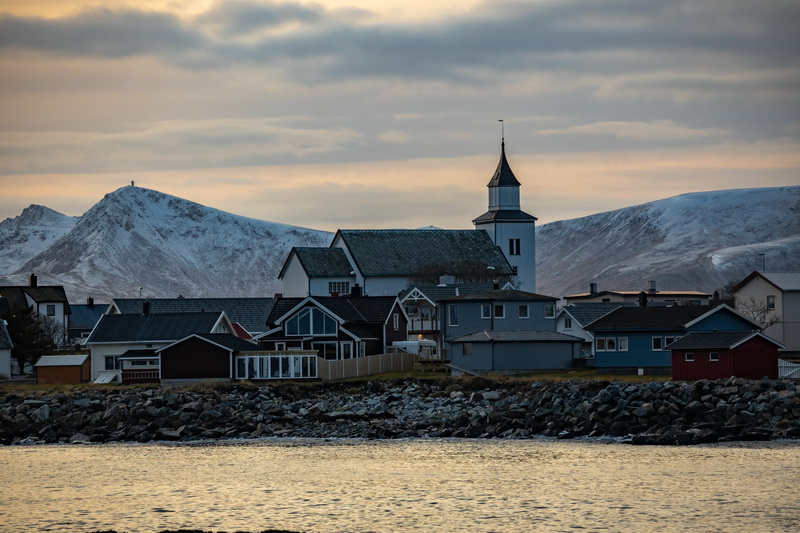 Friday morning we get up early because we have a 7:00 AM flight to Tromso. It has snowed 20 cm over night and it is still snowing when we board the plane. In Tromso I say good bye to the rest of the group and 2 hours later I am on my flight to Vesteralen. I had wanted to spend some more time in Norway for more Northern lights but not in Tromso since Tromso is not really ideal for taking night shots. Too much light. And taking tours each night is rather expensive. So I finally had the idea to go to Andenes where I had been twice before and where I knew I just had to go out and go to the beach to take northern light pics.

When I arrived the sun was shining. So I grabbed my camera and headed out. Unfortunately I could see the rain already coming. That was the pattern for the next 5 days… when it was not raining I could see the rain coming… so I spent the mornings with long walks around town and along the beach when it was not raining. And I did some photography sessions with long term exposures as well. Unfortunately grey skies are not ideal for that. I went out in the evening of my second day as there were stars in the sky. But unfortunately not even the slightest hint of green anywhere.