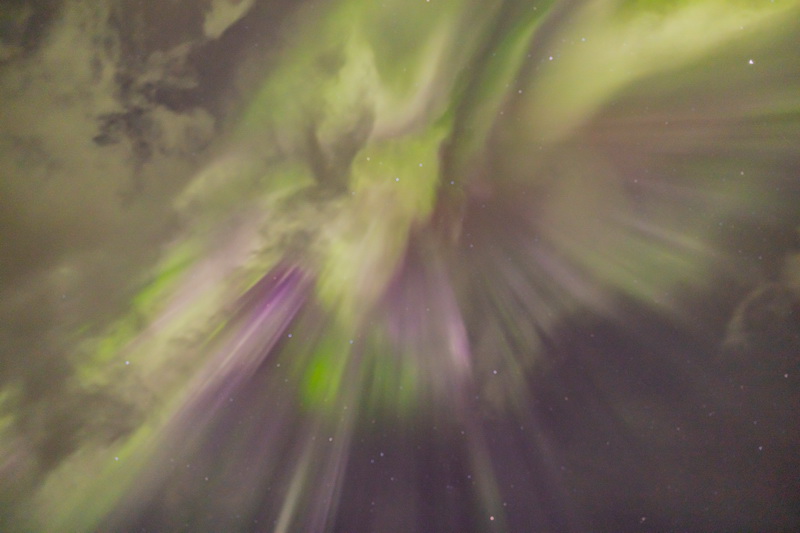 I slept in that morning as we had come back late from the tour and I had been checking my pictures before finally sleeping. The weather was not really great so I decided to go geocaching and I found some nice views over Tromso that way. Later it started to rain. When we were waiting for Marianne for our second Northern lights tour we were wondering if we would see anything. Personally I had major doubts. Marianne told us then that we might have to go over to Finnland. But then we arrived at the ‚Northern lights alley‘ along Lyngenfjord. Suddenly the sky started to clear and we stopped along the E6. We got our equipment out of the van and started to get ready for northern lights pictures. What we didn’t expect was a solar storm hitting earth while we were there and the sky was exploding in all colours. To be honest I was too overwhelmed to take good pictures. Marianne has cool ones with all different colours. I think I overexposed but then… just seeing this was one of the best aurora experiences I have ever had and I won’t ever forget that. Maybe my pics will give you an impression of how phantastic that night was – even if they are not the best ones. 🙂 Finally Marianne started a fire going and we had soup and hot chocolate again (and sausages roasted in the fire). It was the best night that we had on that trip….