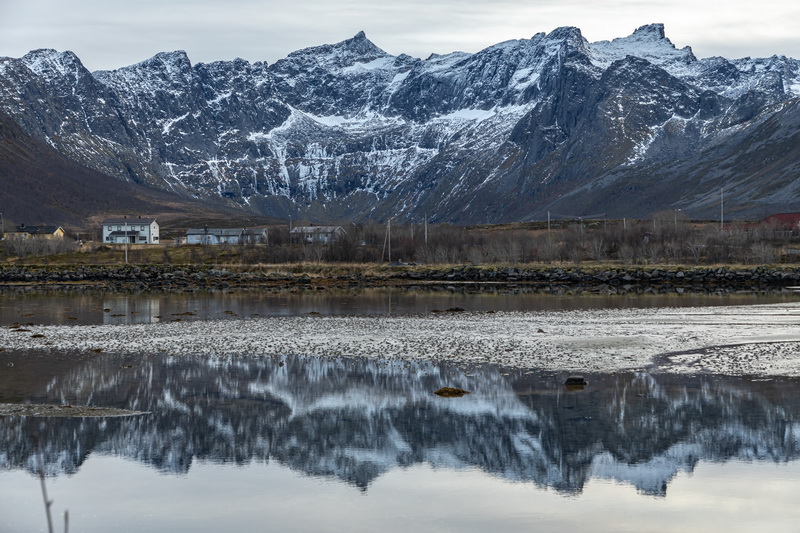 That was my first real day in Norway. We got up rather early to have breakfast. And our hotel had a real good buffet! In the afternoon you could go to make wafles – which we did a lot. 🙂 But back to our first day. Before going to Norway I had done a research on small groups for Northern lights tours as two years ago we went with a big bus of about 50 people and I didn’t really want to do that again. Apart from Corona that is just too many people who can disturb your pics and ruin them. So while doing research I came across Marianne’s website and liked that she was offering daytours as well. I didn’t know the area around Tromso but wanted to explore it. Claudia and Markus were all for it as well so we had booked several tours with Marianne beforehand. And to be honest… that was the best thing we could have done… Marianne came to our hotel to get us as no other guests had booked the day tour that day. She is norvegian and has grown up in the area. And she is a professional photographer so we kept stopping because she wanted to show us something we had to take pictures of. I can’t speak high enough of her.

That day we went towards Tromvik. For that we had to go toward the airport and cross the bridge. Shortly behind the bridge we stopped for the first time for a herd of reindeers that was grazing there. Second stop was not too far away at Stakken which has very old fishermen’s houses with grass roofs. From there we went over towards Ersfjord (I think but not sure). We stopped at Grotfjord to take pics from above. I had been in the area two years before but at night. And my favorite Northern Light pic was taken at Grotfjord. Then we continued to a smaller fjord where Marianne’s family has property (more about that in the next days). We kept stopping to take pics… 😉 In Tromvik first stop was at the winter toilet to which Marianne did have the code. 😀 We still don’t know where the summer toilet is. 😉 From there we drove over to Tromvik which is Marianne’s hometown. We had nice mirror effects there to take pics so it was a ‚picturefull‘ day. 😉 When we left Tromvik it was already starting to get dark. Days are short in November… 😀 So when we arrived back in Tromso at our hotel I only left to go to a supermarket to get some drinks and snacks. And then I think we had dinner at Egon’s – which is my favorite restaurant in Tromso.