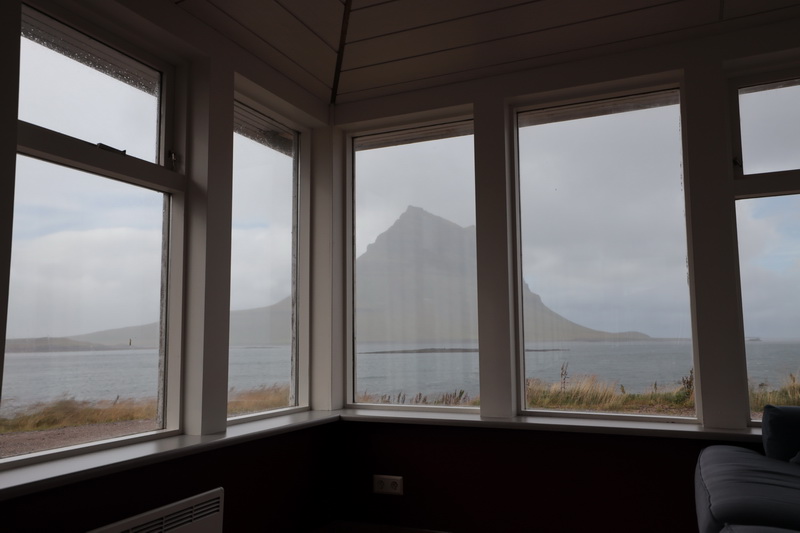 That day was the day with the longest driving distance. In the morning there was a rainbow over our whirlpool… 🙂 We left without breakfast. First stop was at Urridafoss for a waterfall photo session.

Behind Reykjavik we took the 6 km tunnel below Hvalfjordur and went to Akranes. There is a bakery that had been recommended to us and I have to say the recommendation was justified. So much yummy stuff. Since we were there we went to lighthouse for a photo session and then continued towards Snaefellsness peninsula. We stopped a few times on our way and then we finally reached our house ‚Hellnafell‘. We had booked the entire house. Initially for two nights dreamining of northern lights over Kirkjufell. But then Icelandair cancelled our flight back home and moved us from the afternoon to 7:30 in the morning so we had to cancel the second night at Hellnafell. I loved that house though. After we arrived we sat in the living room with view to Kirkjufell and watched what I called ‚weather TV‘. The weather was changing all the time and for taking pics we kept running back into the house to change lense.

Later in the afternoon when the weather was supposed to get better (which it didn’t) we left again. Took a stop at Kirkjufell for a photosession then continued. We found that there is some nice streetart in Hellisandur so we stopped there to take pics.