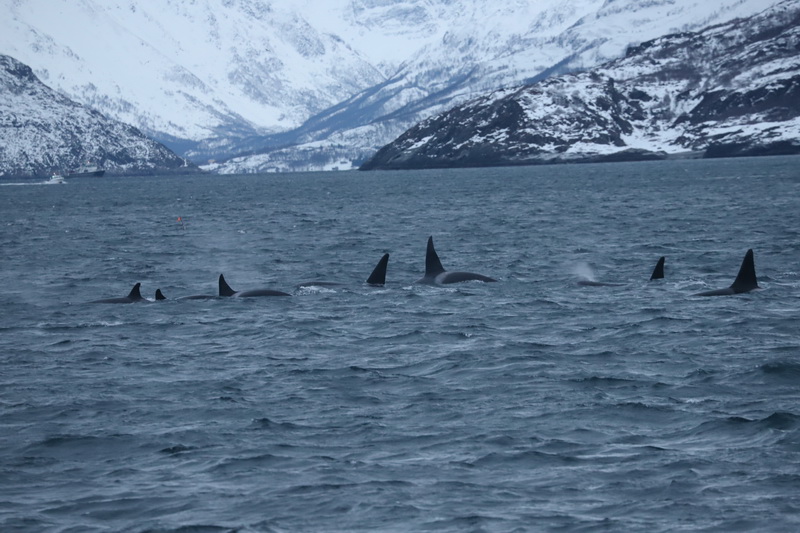 Day 4 on the water… lots of whales

As usual we left early (early in this case meaning 7:30 AM). We went over to the other fjord again. And that was easily the day with the most whales that we saw. I was on the fishing vessel with Anja taking pics while the others were on the zodiac trying to jump in. I had the impression that there was a spot where the whales kept getting back to but as soon as zodiacs threw their people in the water they were gone. Only to come back after a while. When the orcas were in that spot they did some spyhopping (maybe to see how much time they had left to eat before snorkellers were coming to watch them. 😉 ) It was a great whale-day. Just so you know the orange zodiac was ours. In the evening I checked for lady aurora again but there was not a lot of here.