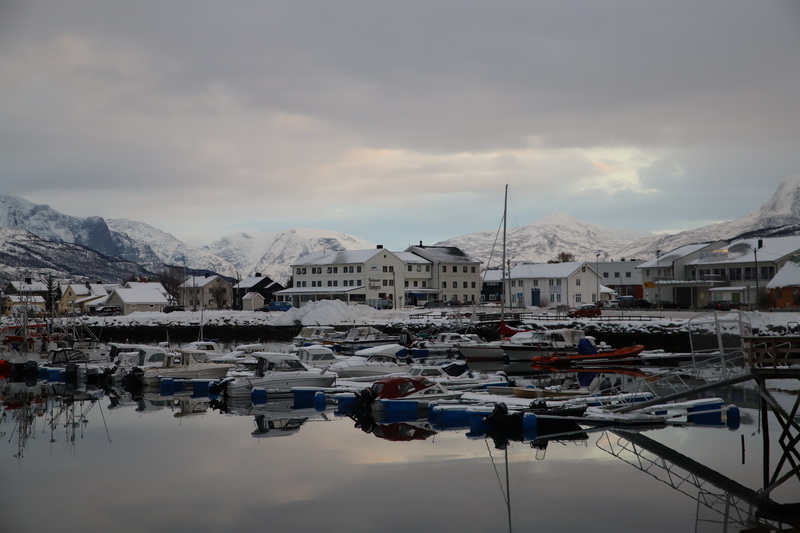 Went to the airport in Tromso after breakfast as my flight was at 10:25. Flight was uneventful and upon arrival in Sorkjosen Anja expected me and three other members of my group. We put the luggage in the van and headed to the hotel but our rooms were not ready. Not a big surprise since we were way ahead of check-in time. So it was decided to head to the cafe across the road but I wanted to take another try at finding that damn geocache at the harbour. No luck this year either but I took some pics of the harbour. The fishing boat on the 5th pic is ‚our‘ boat – the Sunflower. Later that day when it was dark I headed out to check for aurora. There was some green but to the eye it was not really visible. But it was a nice arrival day. I had dinner at the hotel and the waiter recognized me from one year before. And he asked me if I was the lady with the rainbow in front of the aurora. When I said that I was he said the he told all guests about it… 😀 😀 😀