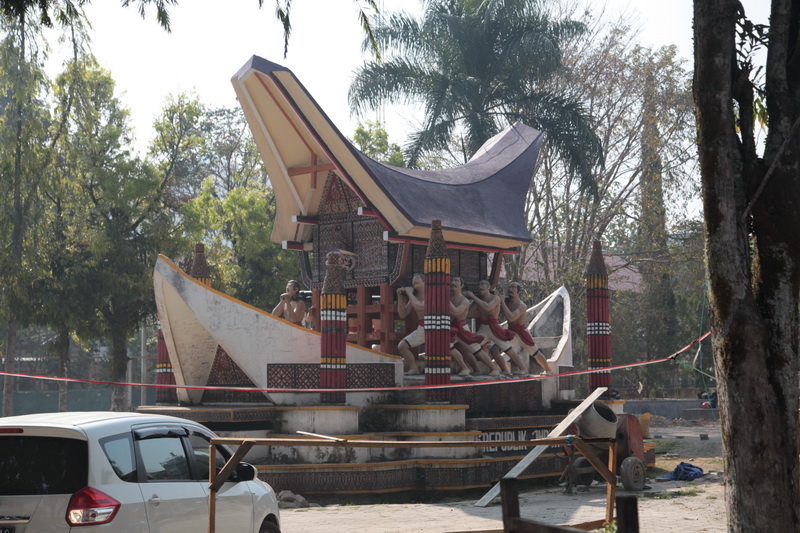 So after 4 eventful days we got in the car to drive back to Makassar. I will add some more explanations that I left out in the first posting when we did the drive in the opposite direction. First of all let me tell you the incest-story that has a big place in the Torajaland traditions:
A god was doing incest since he didn’t trust anyone else to give the same good genes (I think this is how the story began). There was ladder that went into the sky but he was not able to climb it so he sent three men to climb them and check with the Highest God if incest was still OK. The three man who were noble men started to climb the ledder but then started to think about all the big parties for the incest and they thought about all the food and drinks they would loose if these parties would stop. Finally they decided that the preferred the parties and they climbed back down instead of going up. They went to the god and told him that incest was OK. When the Highest God found out what the three men had done he was furious… he killed the children of the three men and incest was finished. That is how the traditional torajan family-culture started. (I might not have the story correct in all details).

This one is still Rantepao. You the hill that Stan made me climb (to the white cross). 😉 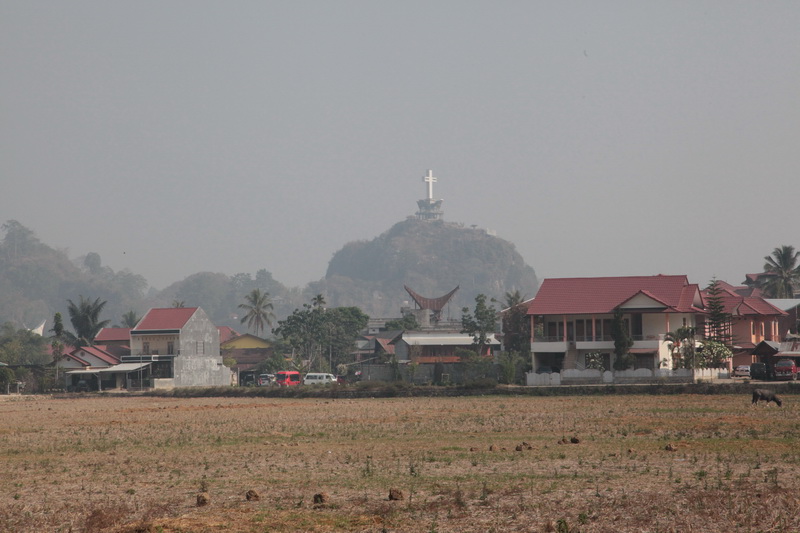 This guy had his shop on the motobike… 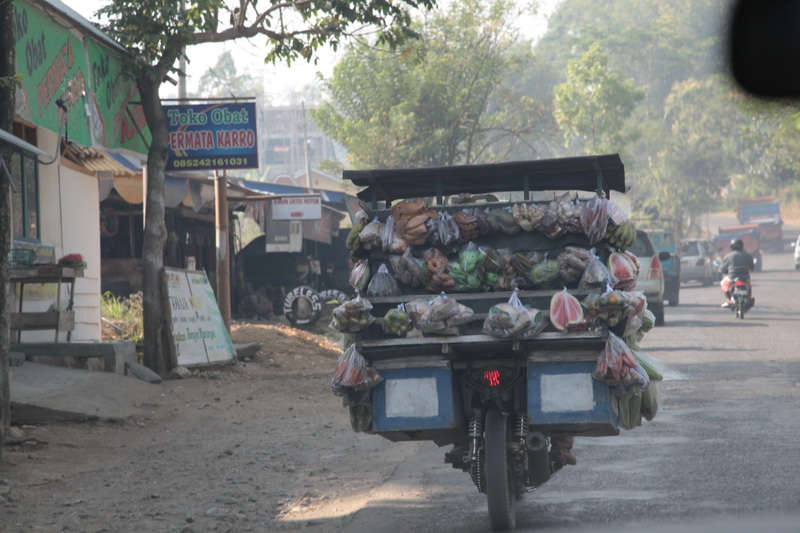 Statue along the way. Not sure what it is but it sure stands out. 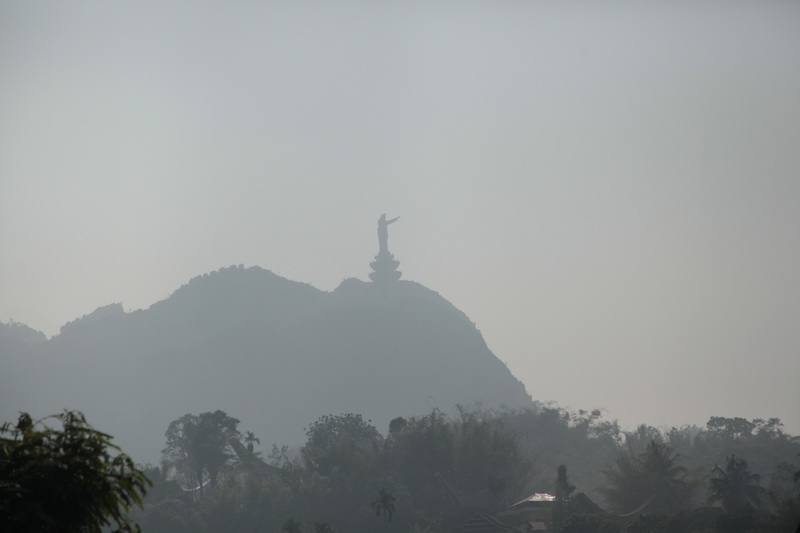 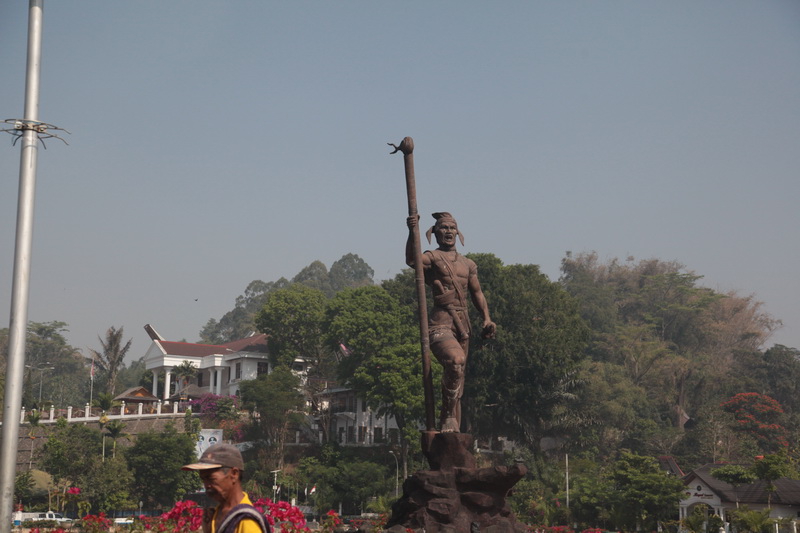 Smoke in the mountains again… it was really dry so it is no surprise that there are fires in the woods. 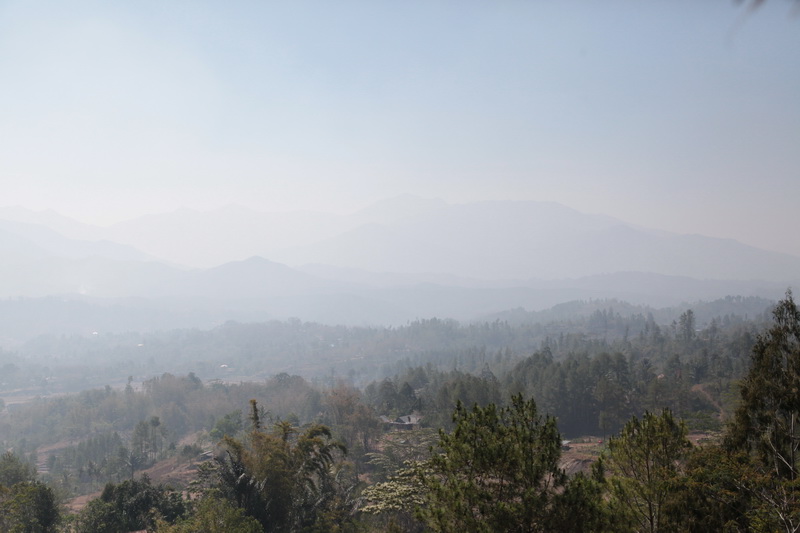 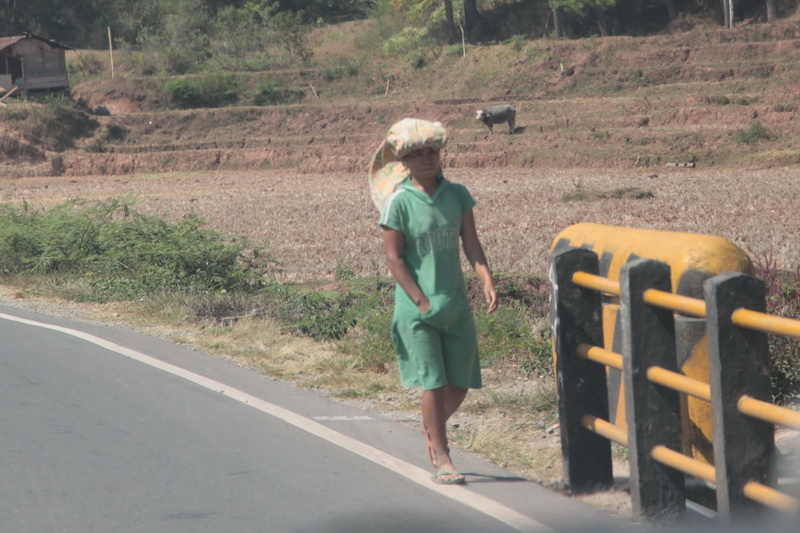 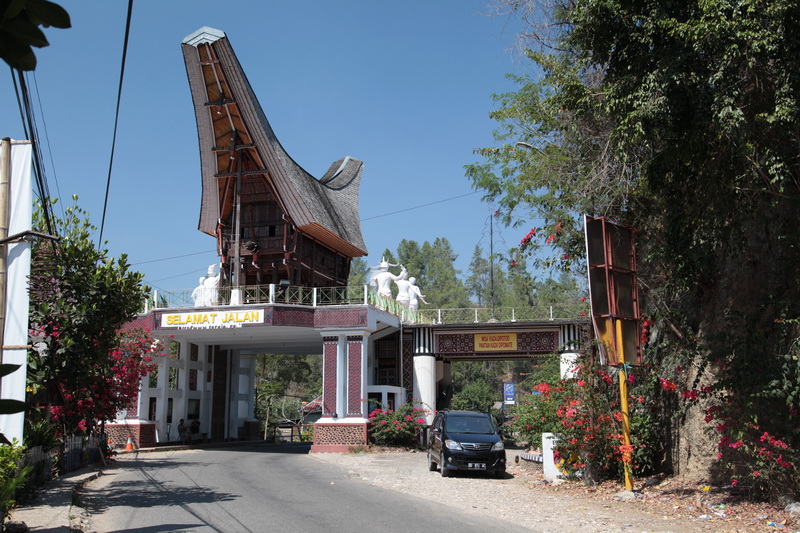 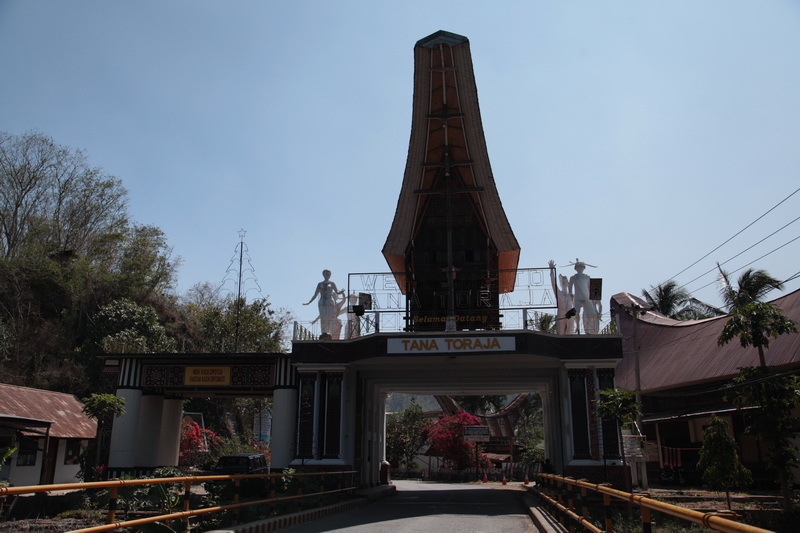 This little bridge is made of bamboo. On the way to Rantepao we had to wait for one hour to cross it. The thing is that only vehicles that weigh less than 30 t are allowed to cross it. So the truck-drivers wait for nightfall and cross it when it is dark…. if police catches them they just pay a ‚tip’…. 😉 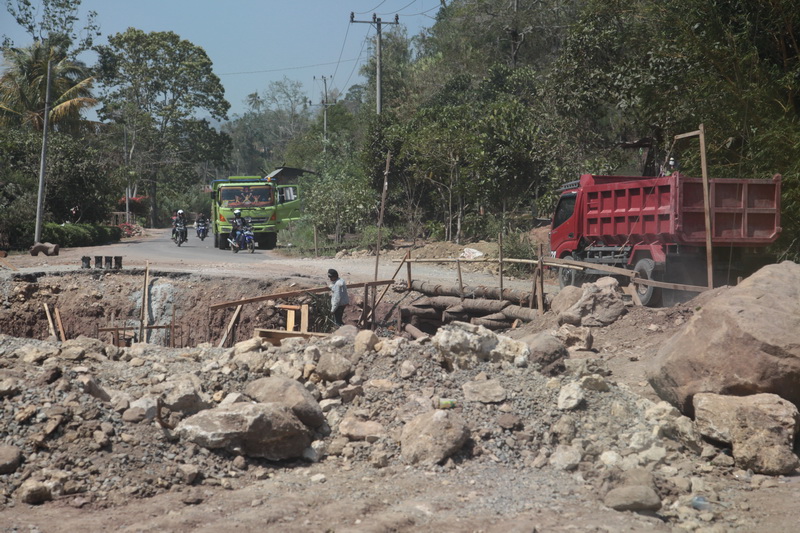 I saw lots of trucks like that and wondered how on earth the drivers are able to see anything. But Stan told me that the transportation company holds some money to pay all the fines they get for this. 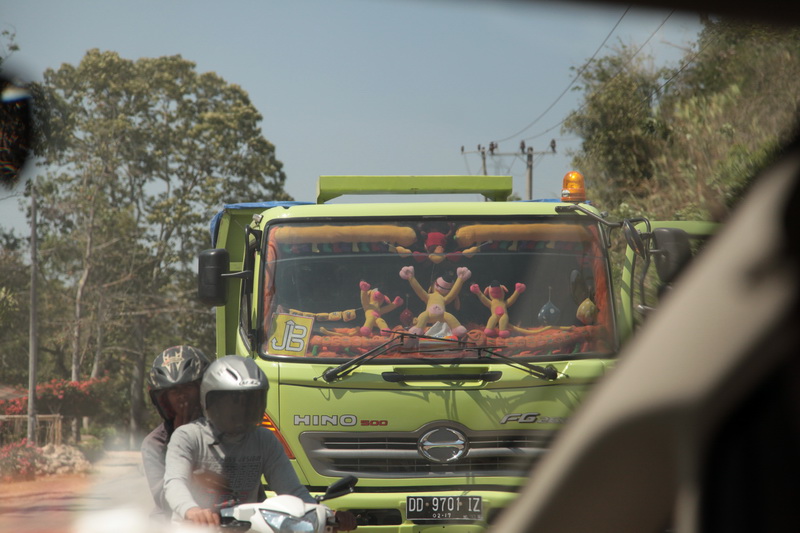 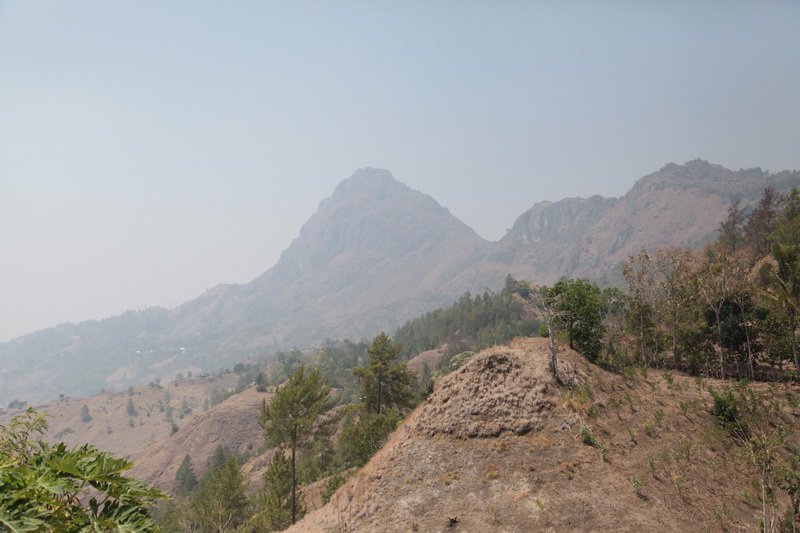 Ricefields that were actually green. 😉 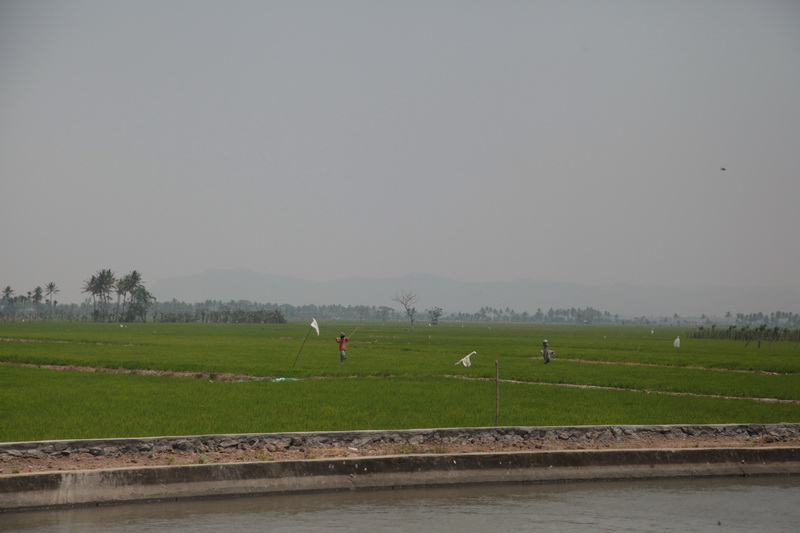 In the chinese quarter of Pare Pare where we had lunch. 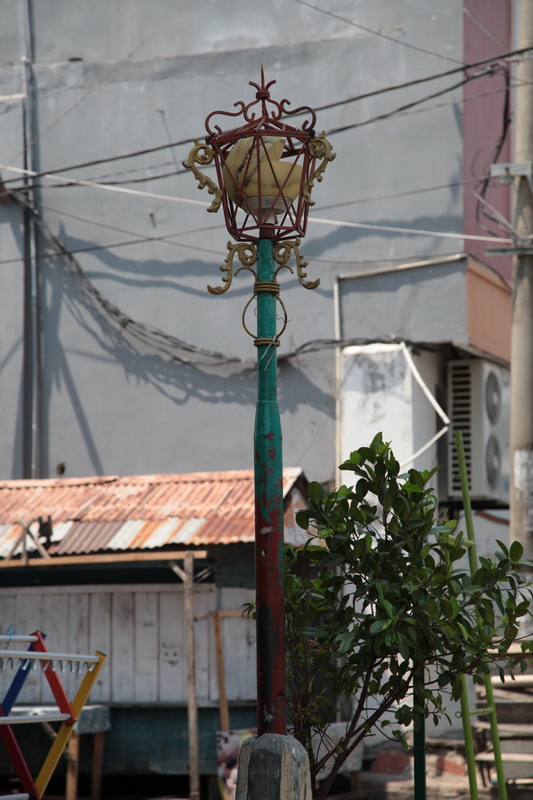 That woman was baking bananas and mangold (if I remember correctly) 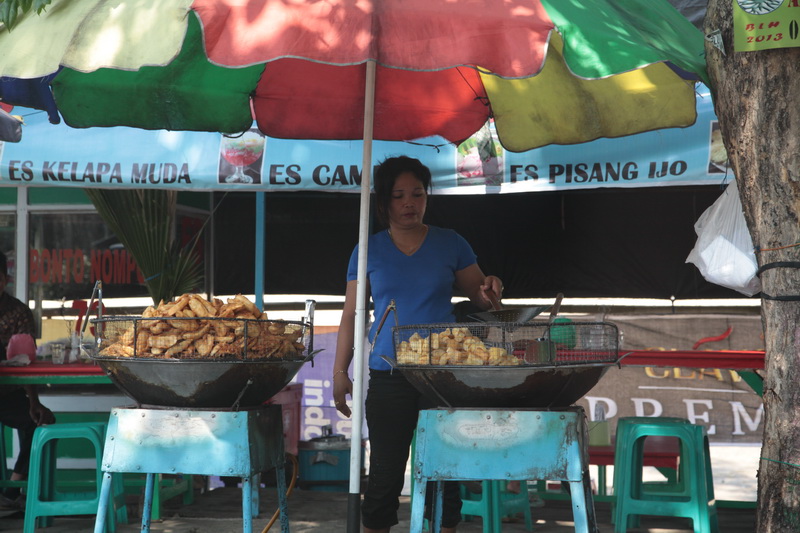 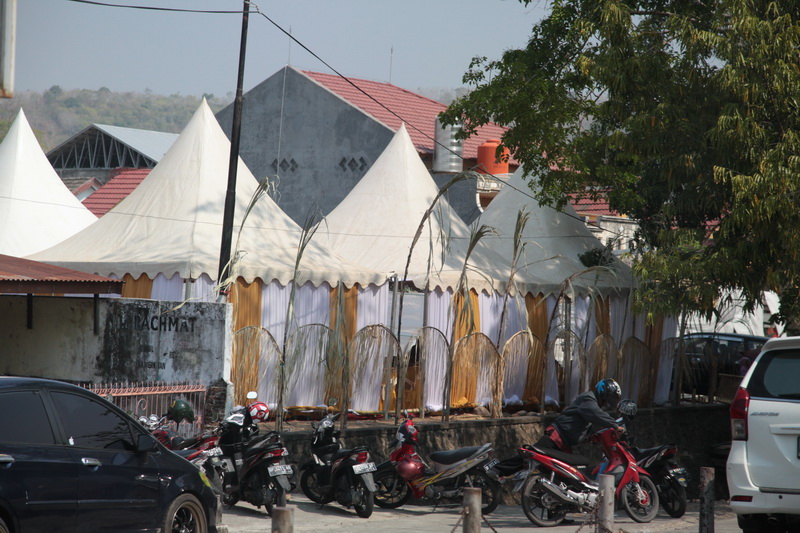 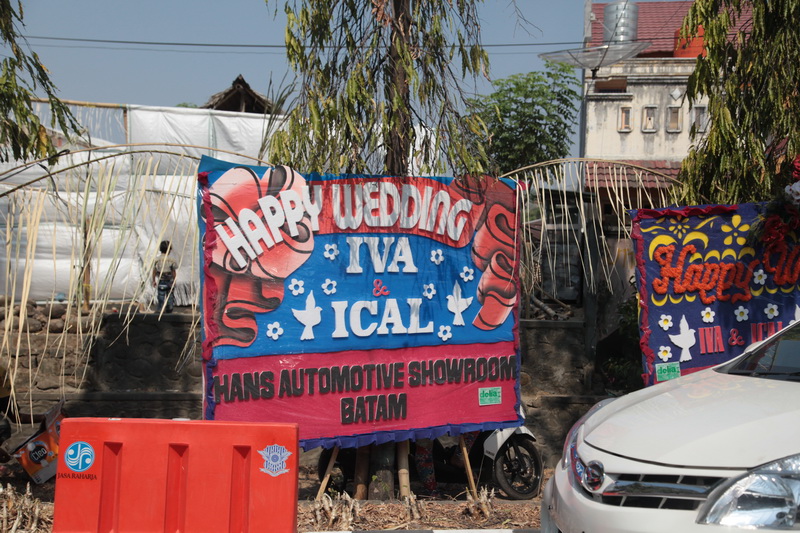 This foodstand was selling dried fish 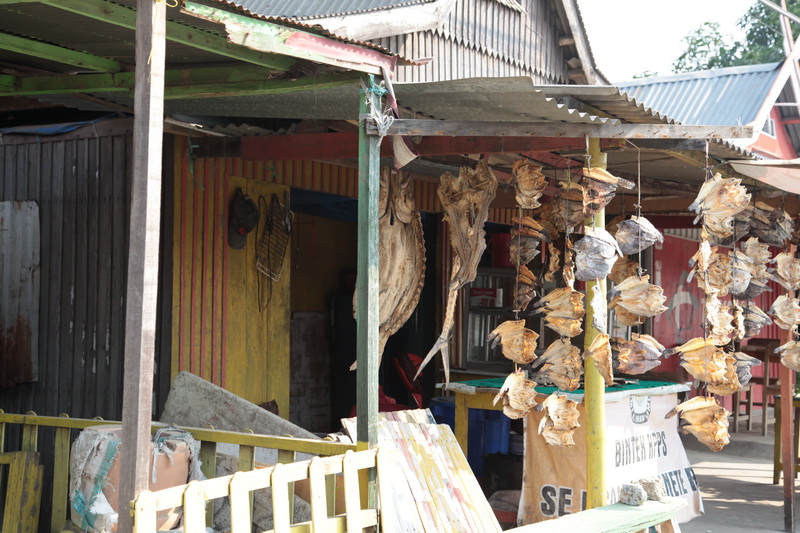 Shrimp farm along the way 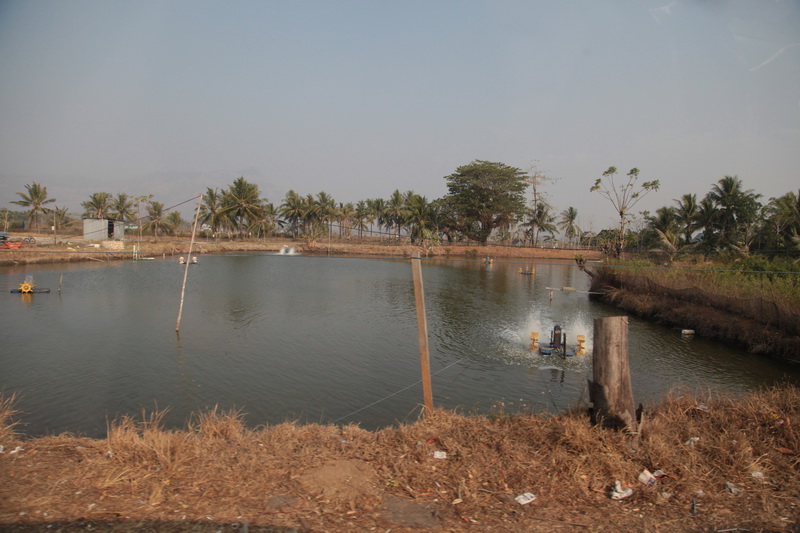 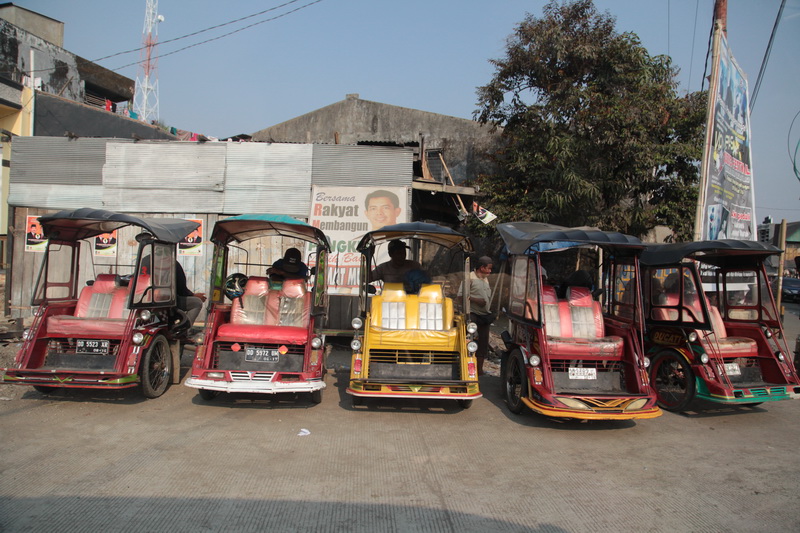 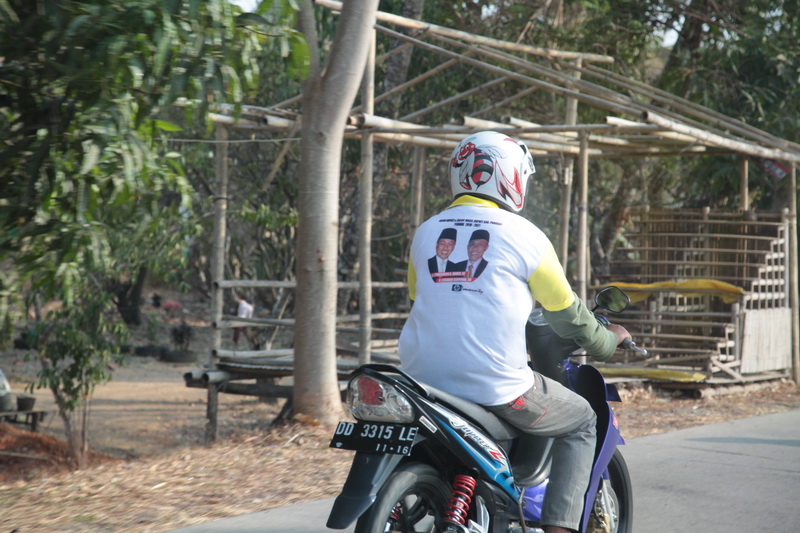 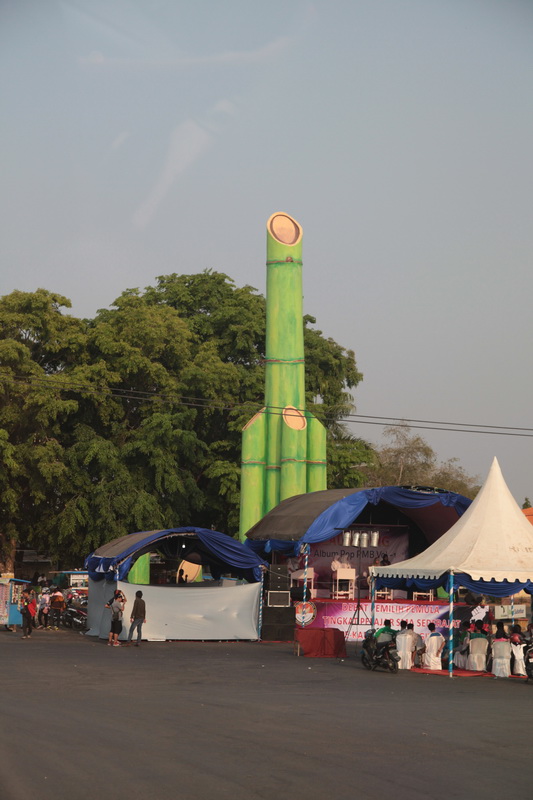 This woman was getting water from a fountain 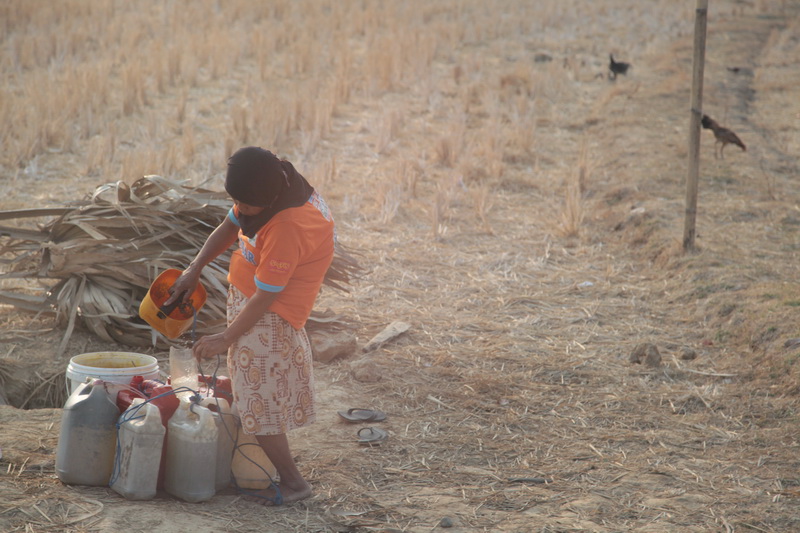 This is one of the traditional houses. The cross at the front signifies sky and earth (I think) and in the middle is the area for humans. The beams below (going to the left and the right) can have 1, 2 or 3 stripes depending on the social standing of the inhabitants. 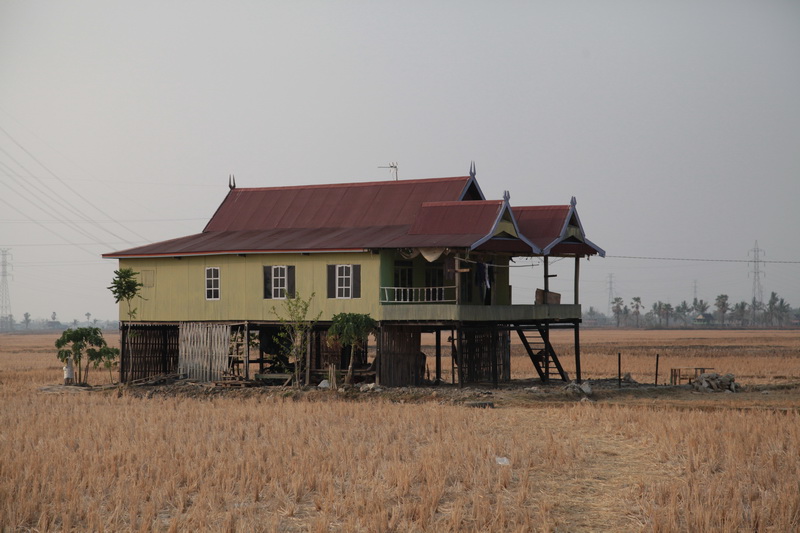 And that was my trip to Torajaland. The next morning I got up early to get to the airport and flew out to North-Sulawesi for some diving. 🙂

I would like to say a big THANK YOU/TERIMA KASIH to Stan and my driver. Stan was so full of knowledge and whatever question I had I always got an answer. And the driver was a good driver who even thought about detours to get me nice pics. I was glad to have you as my guides. 🙂