So here are yesterday’s pics. I made even more today as the sky was blue again although the wind was a bit chilly. Walked around all morning and met another UW-Fotographer around lunch-time and spent some time chatting with her. Was really great to meet her. Then I went back to the hotel and spent another photosession at dusk on the rooftop-deck. After this entry I have to prepare my dive-gear as I am going diving tomorrow. Keep your fingers crossed that I am going to see my weedy seadragons! 🙂

These are some nice houses in ‚The Rocks‘. The building in the left is my hotel. 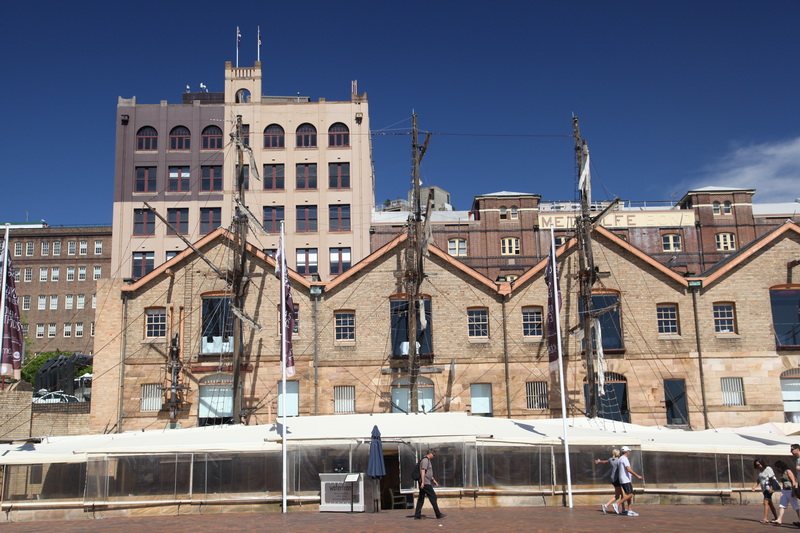 As mentioned yesterday I went to the Taronga Zoo in the morning. I remembered this silverback gorilla from my trip 12 years ago. A beautiful animal. 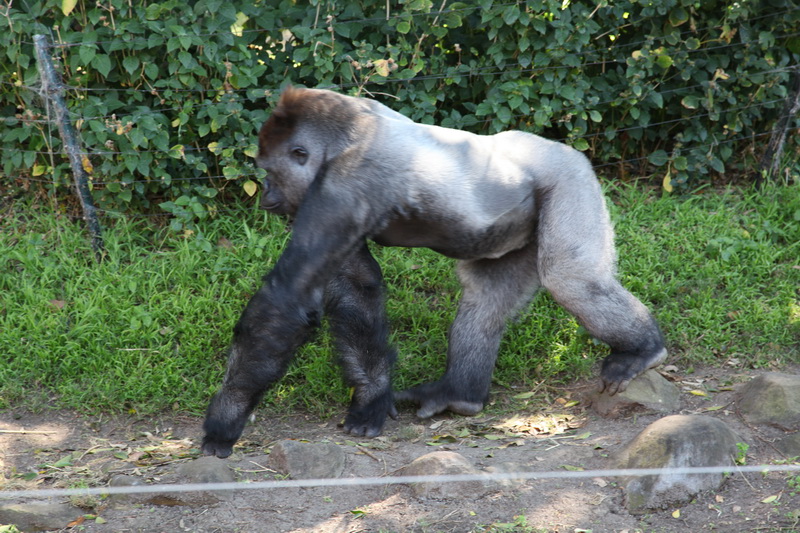 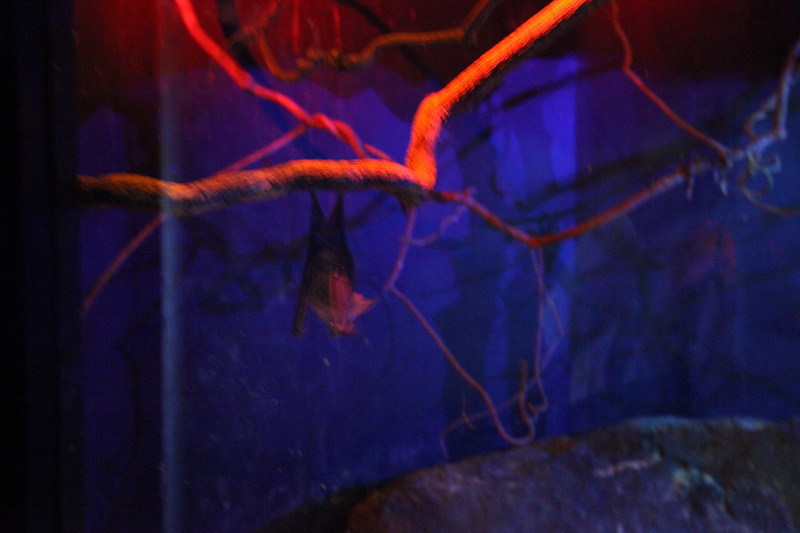 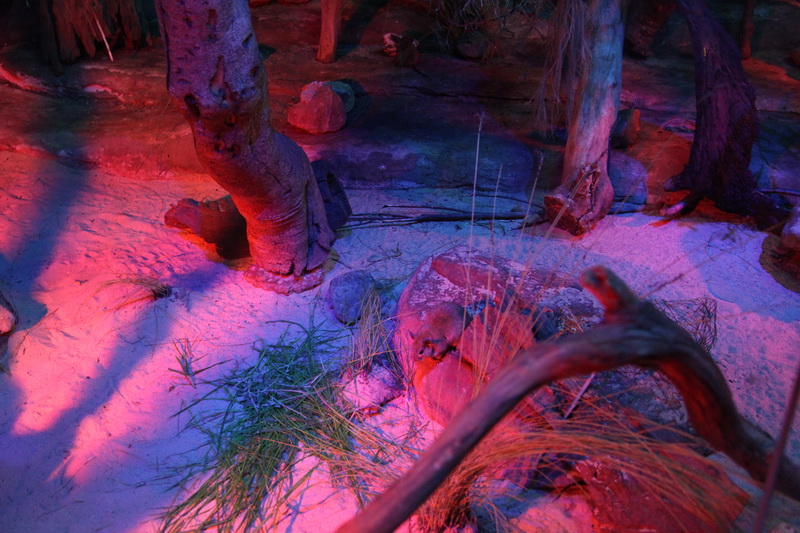 Wasn’t easy to take pics in there as it was so dark. Wildlife ahead… 😉 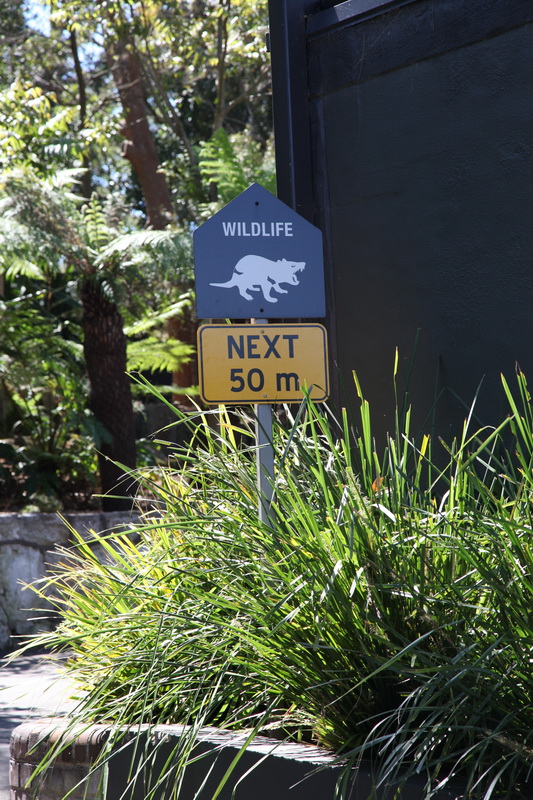 It was too hot for the kangaroos… 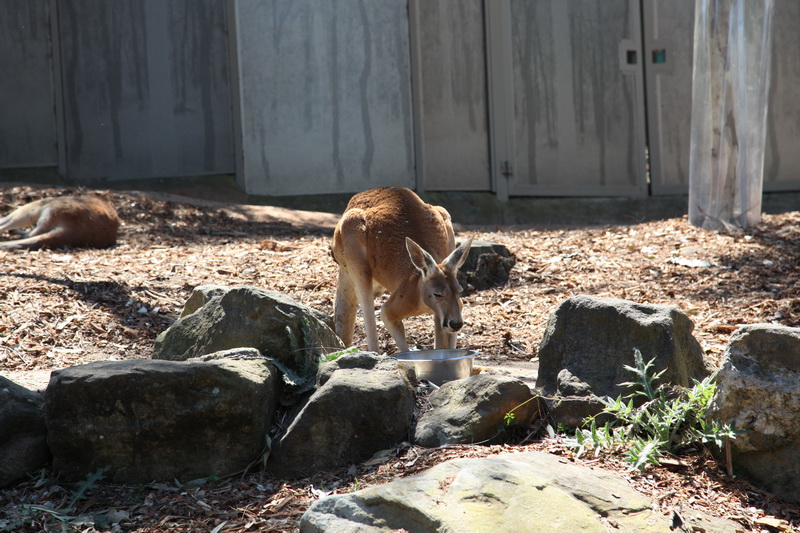 I don’t remember what this was but it was australian… 😉 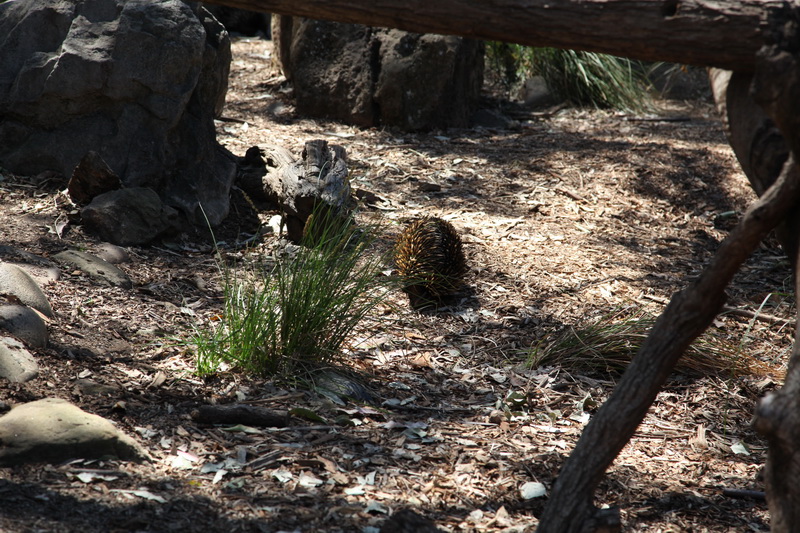 This was the section where you could go inside and take close-up koala-pics – after paying another 16 Euro (about 20 bucks). Which I didn’t do because the entry to the zoo is not cheap so even though I would have loved to have close-up pics I refused to pay even more. 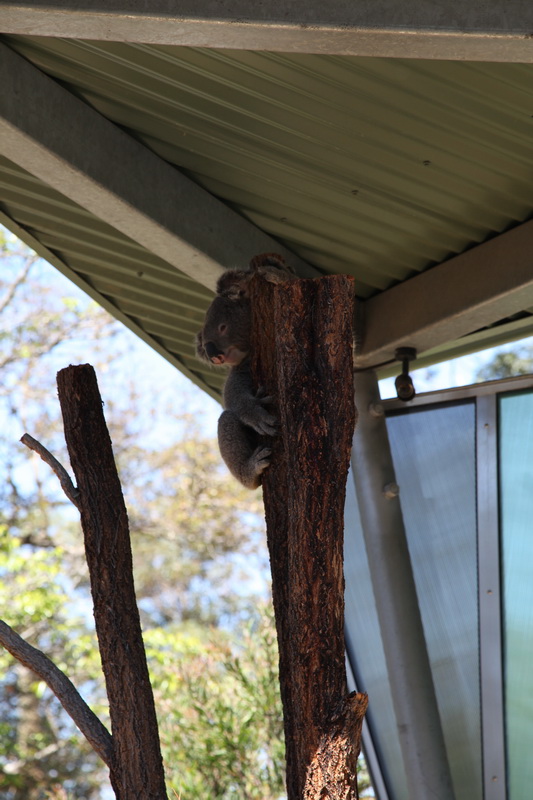 This is one of the ‚public‘ koalas… 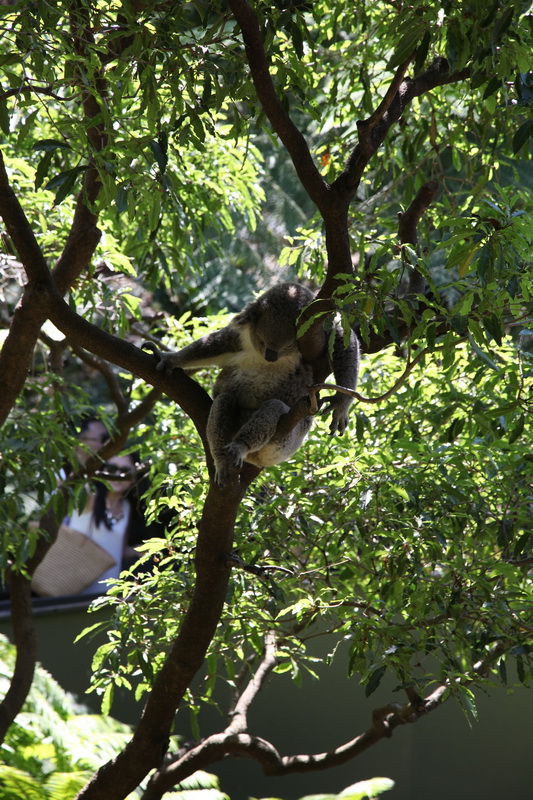 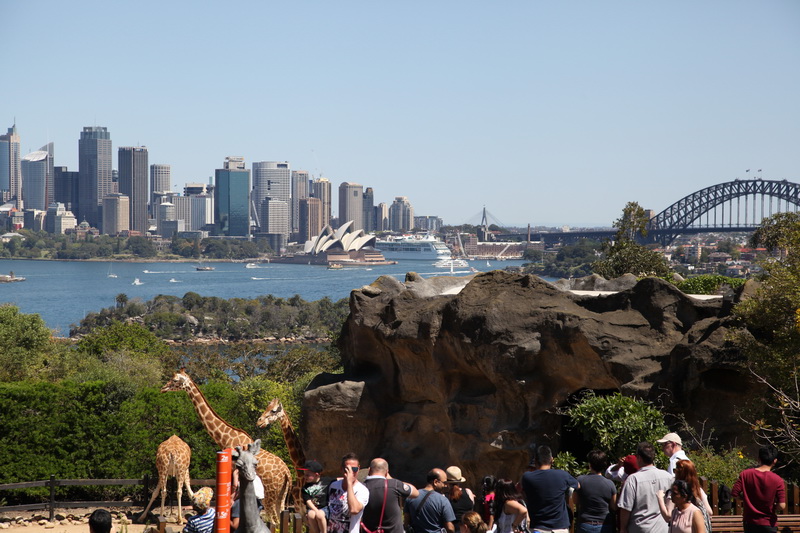 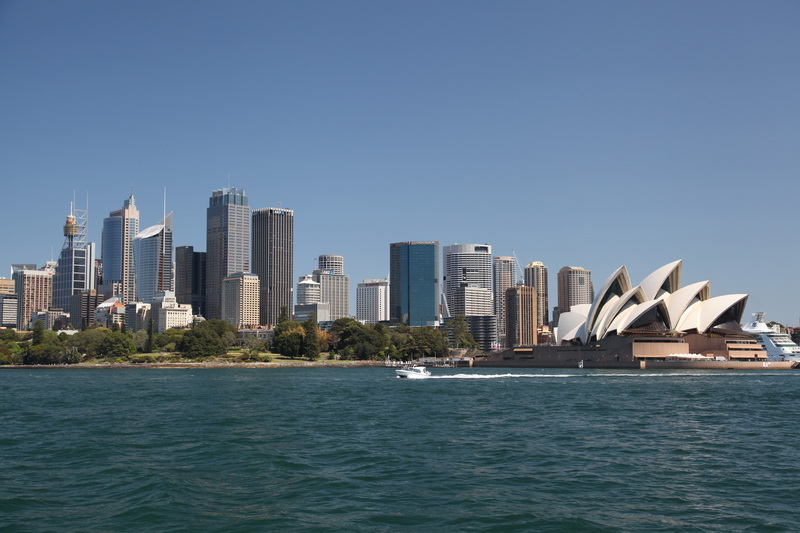 In the late afternoon I decided to take the ship over to Darling Harbour. First stop of the ferry was the luna park next to Harbour Bridge. I will go over one of these evenings to take pics from there…. 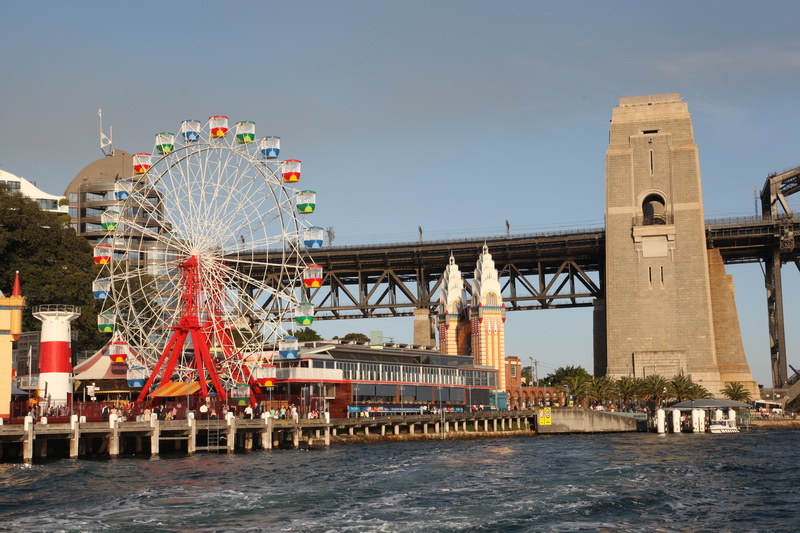 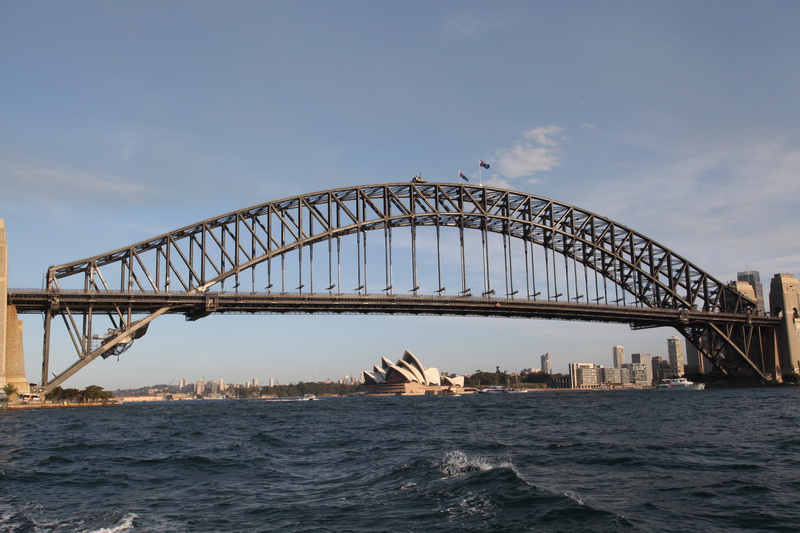 Some buildings at Darling Harbour 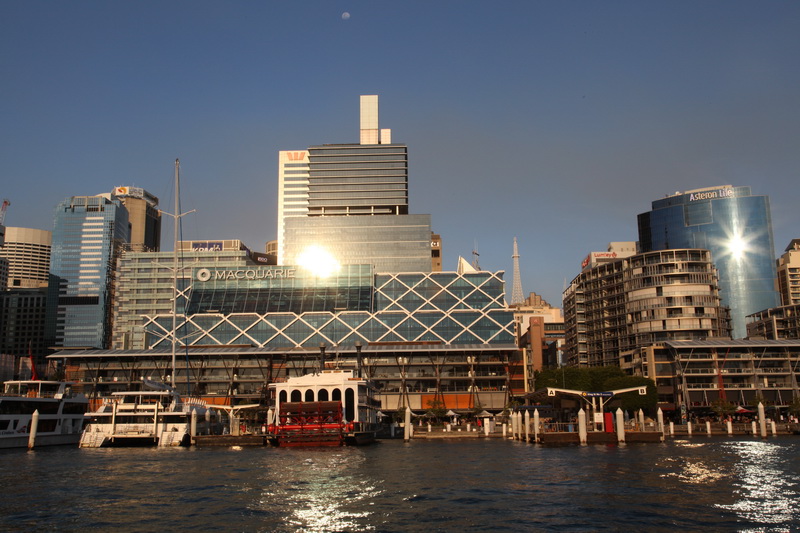 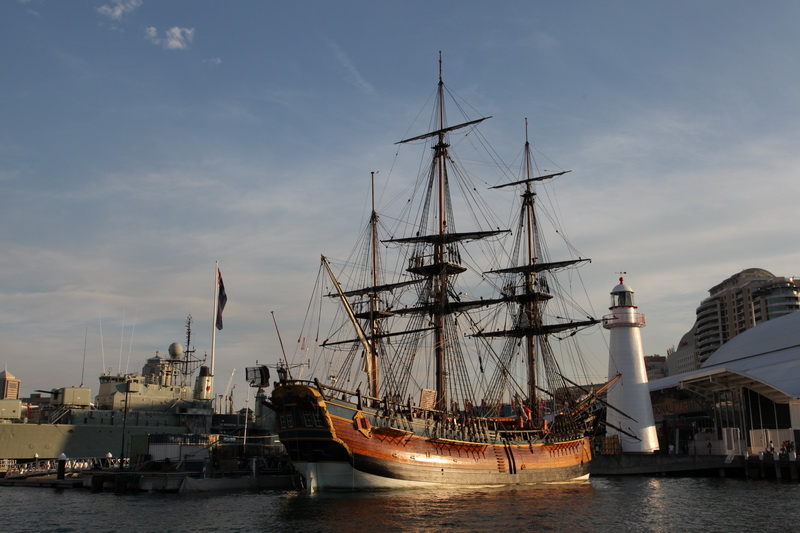 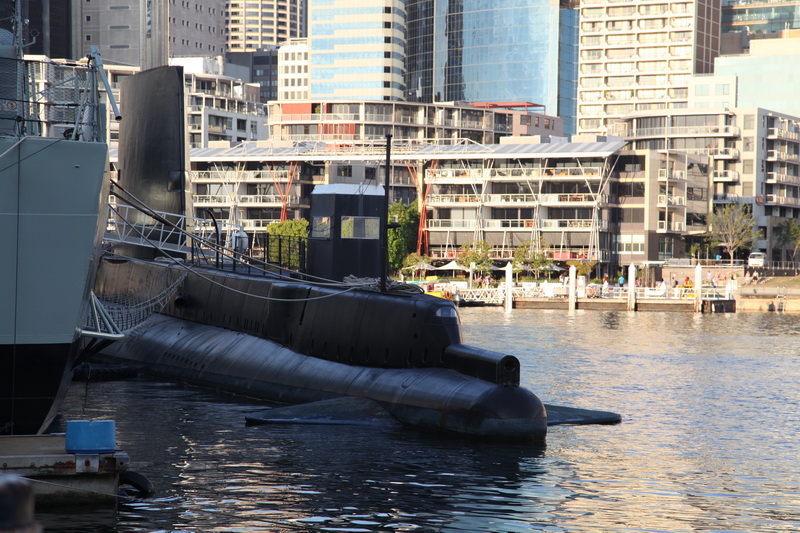 Not so australian… 😉 Darling Harbour was party-zone. One bar at the other side of the harbour had music so loud that it was louder than the music of some of the restaurants on this side…. 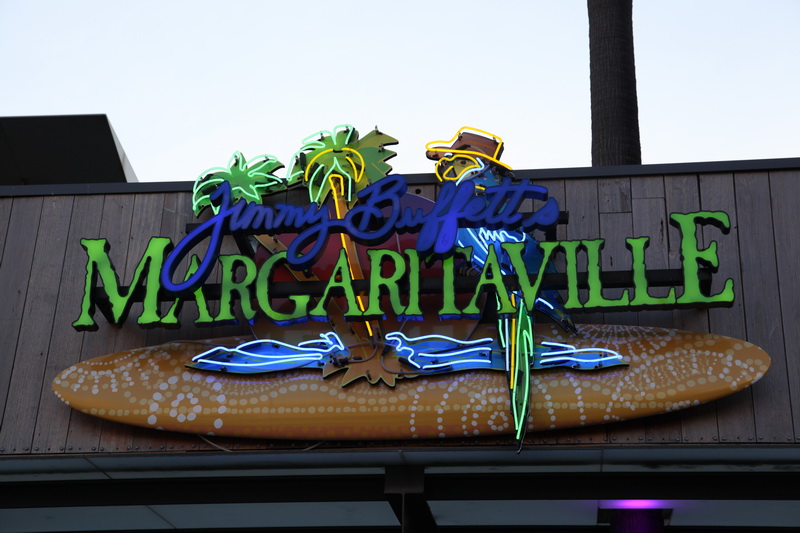 These flags is what you usually see and think of when you hear ‚Darling Harbour‘. 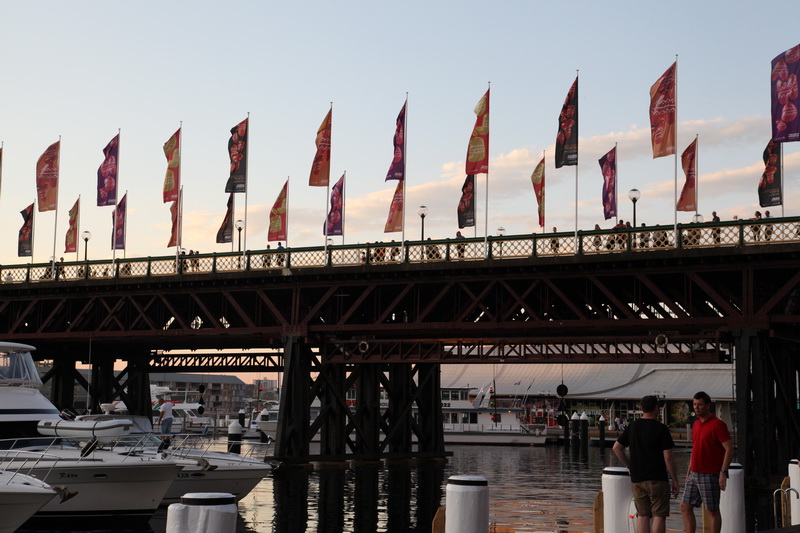 When I wanted to go back I went to the booth to buy a ticket and they just said ‚Just jump on the ship.‘ I was surprised since it looked different than the one I had come with so I asked ‚This one?‘ and they said ‚Yes.‘. So I jumped on as last passenger and we left. I searched the woman who sold tickets and she asked me where I was going. I answered ‚Circular Quai‘. ‚Ummm, we are not going to Circular Quai, we are going up the river!‘ So the guys in the booth had given me the wrong info. Lesson learned: before you go on a ferry in Sydney always check if they are really going where YOU want to go… 😀 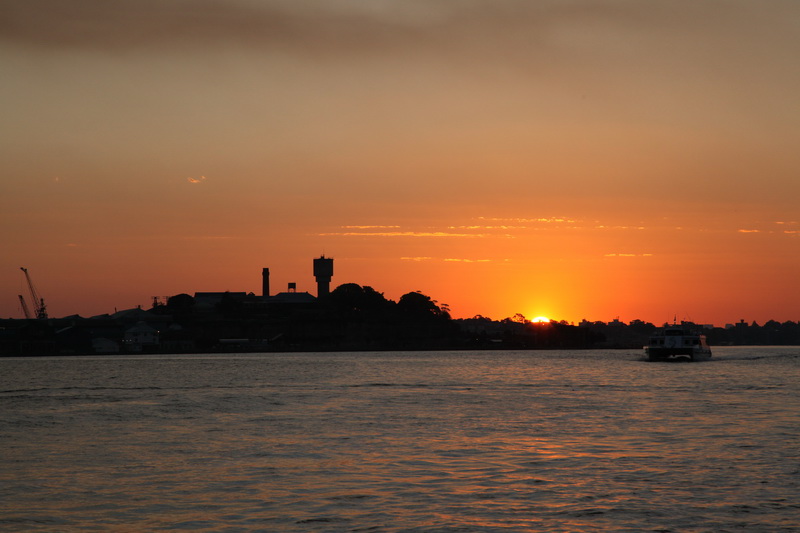 The next ferry back came about 10 minutes later so it wasn’t really that much of a deal. They didn’t make me pay for the wrong stop and now I can say that I have seen Cuckatoo Island. 😀 On the way back we went to Darling Harbour again… 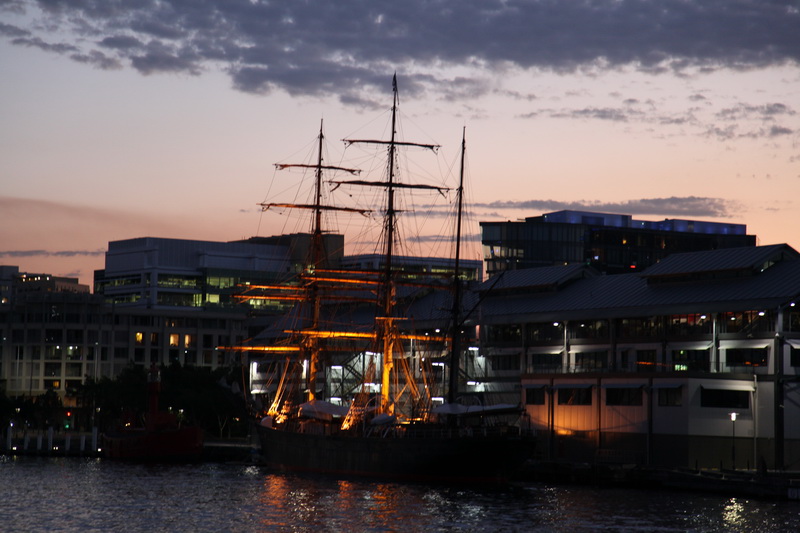 And when we came around Harbour Bridge I saw that one of the pylons was illuminated with pics. Initially I thought it was soccer/football but then I investigated a bit. During the day I had seen several people with green/red painted faces (I should have asked if I would take a pic) during the day. So then I found that the final match of the australian rugby-league was yesterday. And from what I heard these guys won… 😉 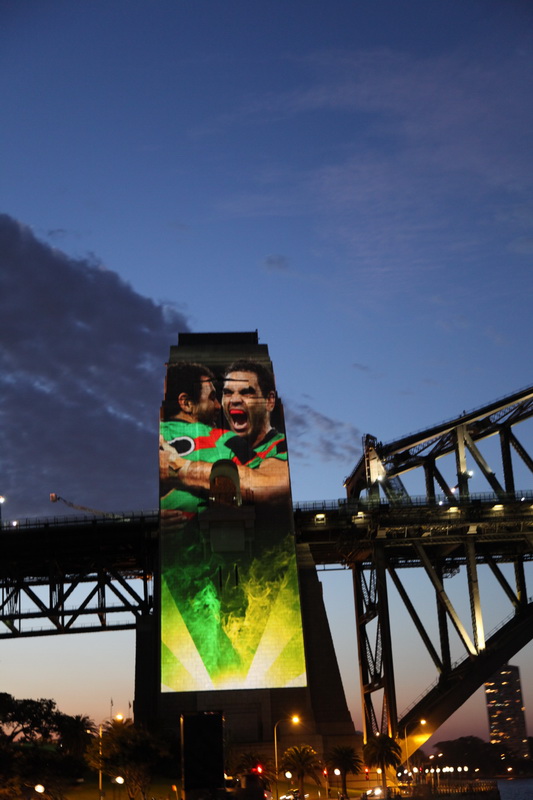