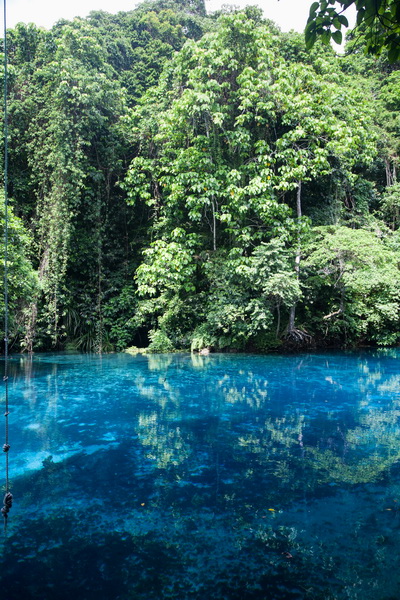 Wow, why did I think it is cold in sydney in Winter? It is 32° here and I am back at my hotel relaxing because my feet hurt. Good thing I am here too since I just got an answer from a dive-shop that they will take me out on tuesday. Let’s start from the beginning… I was supposed to go diving today and tomorrow but that dive-shop was a bit weird. As soon as I had the dives booked they didn’t answer to my emails any more. I had to send about 3 emails to get one answer and that never included everything I needed to know. For a couple of days I had been sending emails asking when and where to meet today and the only answer was ‚we will go sunday or monday – will know more by saturday‘. The dive for monday suddenly was not possible but he had other dives planned that I didn’t want to do. He never answered the question if we could go to the planned dive-site on tuesday instead. Since I was travelling on saturday I checked my emails before leaving Vanuatu (it was 2 PM) and still no information IF we would dive on sunday and the meeting point. So I sent another email (this time rather furious) and when I logged in in Sydney I had an answer. So he basically told me saturday on 6 PM that he would meet me at a train station outside of Sydney at 7:30 AM the next morning. This left me no time to find out train schedules since I read that email much later and so I just send another email telling him to cancel my bookings. And honestly I hadn’t thought that the meeting point would be THAT early. The dive-shop I am going with now is going to the same place tomorrow and they meet 2 hours later. If I hadn’t already made appointment to meet an UW-photographer friend tomorrow, I would probably join them tomorrow too. But I just got the confirmation that I will see my weedy seadragons on tuesday. 🙂

Soooo… the trip from Vanuatu back to Australia was funny, because I met several people that I had met during my time in Vanuatu. So we could catch up a bit. When I arrived in Sydney I was supposed to meet a driver. The meeting point was deserted and whoever I asked sent me to someone else. So after 20 minutes I finally was sick of running back and forth so I jumped into a taxi and made my way to my hotel. It is in a quarter called ‚The Rocks‘. When I was in Sydney 12 years ago on my way back from New Zealand I liked The Rocks very much. And I chose this hotel because it has a rooftop-pool with view to the Sydney Skyline, Harbour Bridge and Opera (if the cruise ship leaves… 😉 ). I don’t really need the pool but I will take pics up there of course… 🙂
After I had checked in I walked around a bit to find some water to drink and in the area are a lot of pubs and beer gardens that looked and sounded very inviting.

This morning I slept in and then started to walk around. Since it was supposed to be so hot I was thinking about going to Manly Beach but since the line wa so long for the ferry I changed my plans and went to the zoo instead. I wanted to take pics with Koalas but you either have the option to PAY for close ups or just go with the flow and see if you can take a good pics of them sitting in a tree (along with everyone else). Of course it was crowded and a lot of animals were just sleeping because it was too hot for them as well. So I left after 2 hours because I was starting to get tired too. Pics of that to follow….

Here are still the final pics from Vanuatu. This was a sign at my resort… 😀 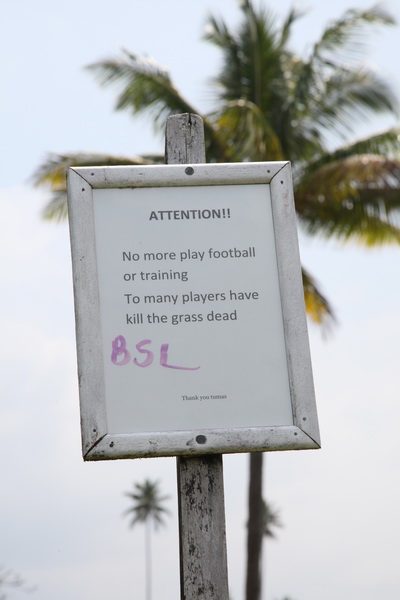 Can you see the elephant head? 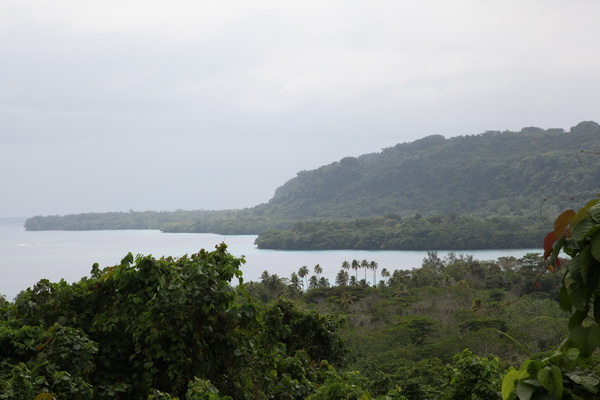 Lionel with Emilion and Niki at Champagne Beach 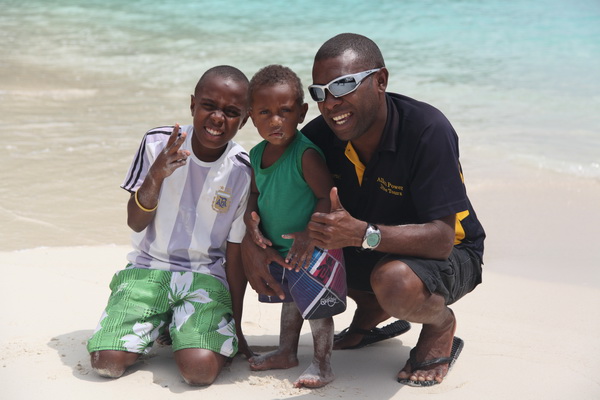 Champagne Beach, a really beautiful beach but 16 EURO (20 bucks) entry fee is a bit much… 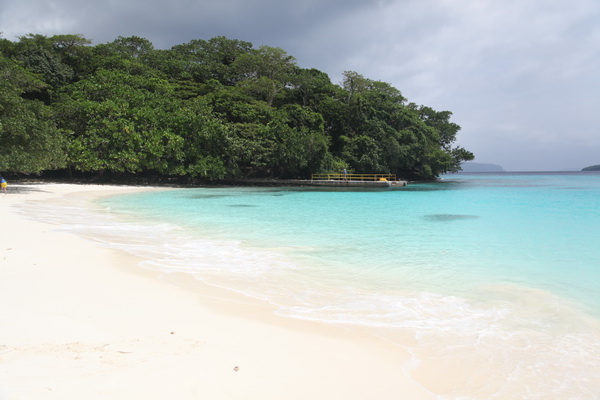 The other side of Champagne beach 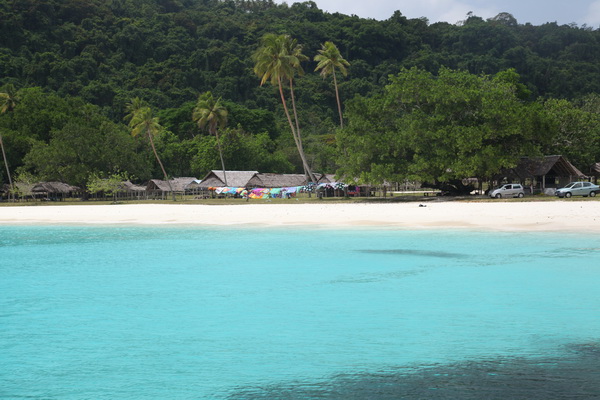 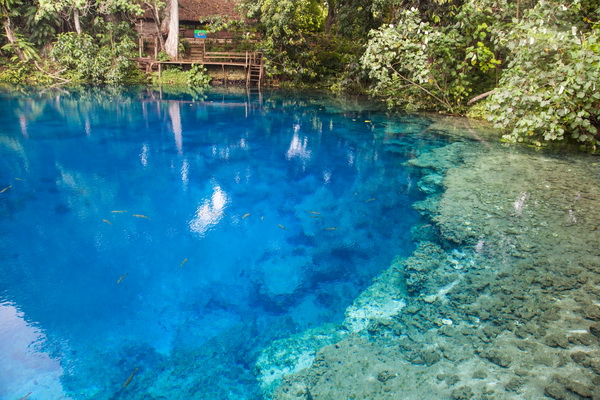 Looks like the fish are in the ocean but they are actually in the blue hole and it is fresh water, no salt water. 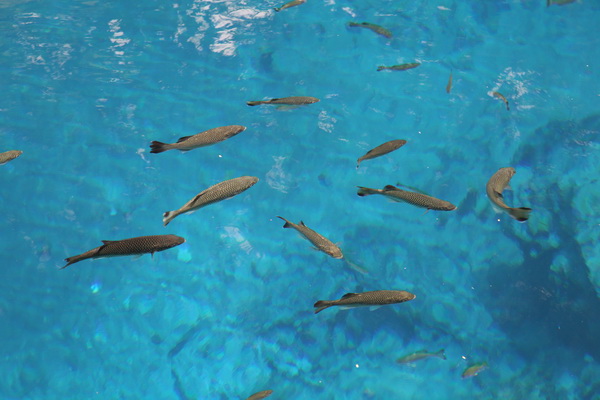 My second blue hole, the biggest one on Santo. 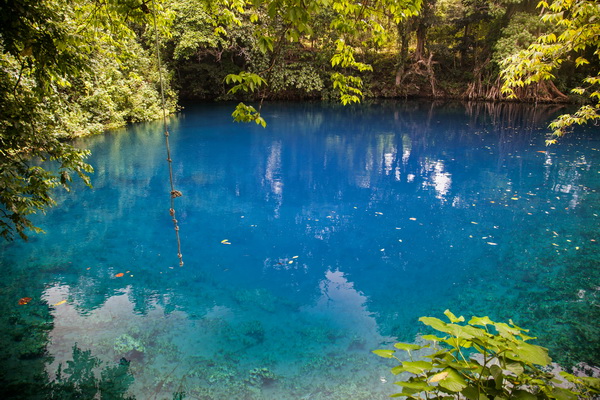 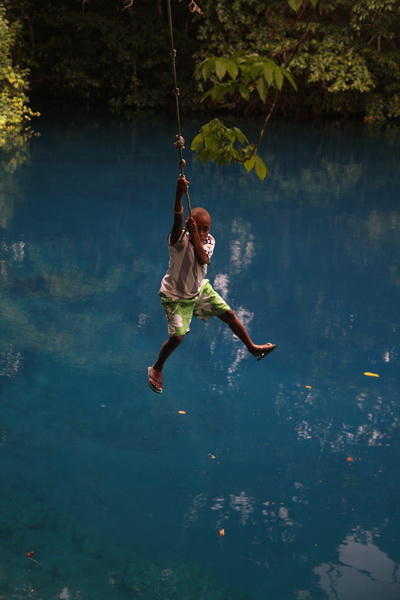 This was at the entrance to a farm 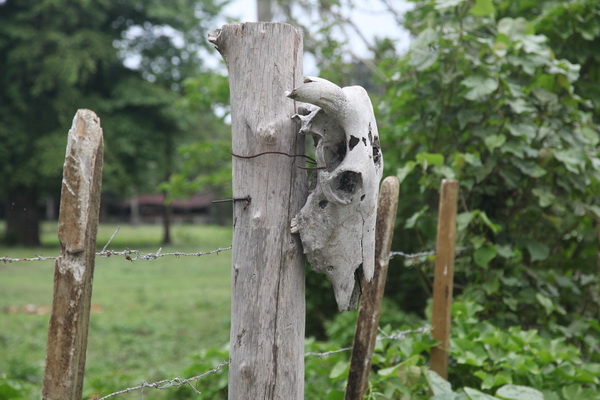 This is the school-bus (no joke, the kids came back from school!). 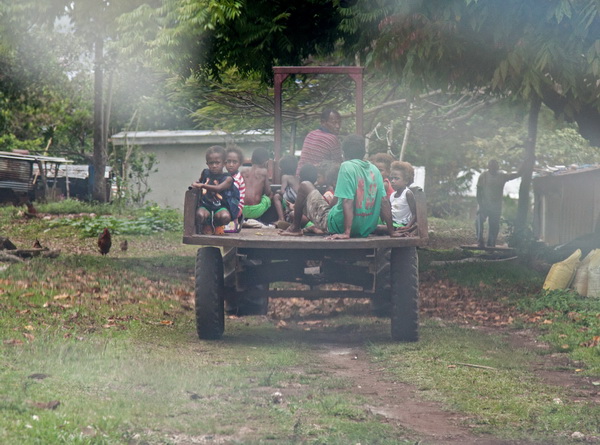 Cemetery (the part with the older graves – the newer ones were over and over covered with flowers). 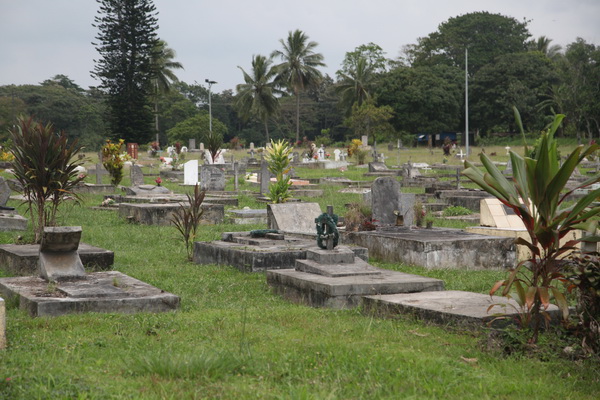 I was paddled on this river up to the blue hole. It was so peaceful and quiet… 🙂 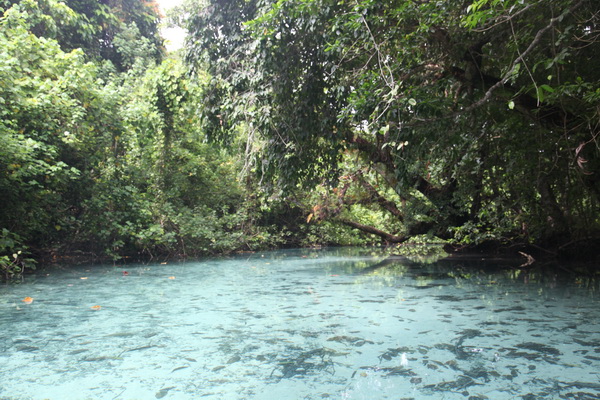 On the way back on the river. It was amazing how crystal clear the water was… 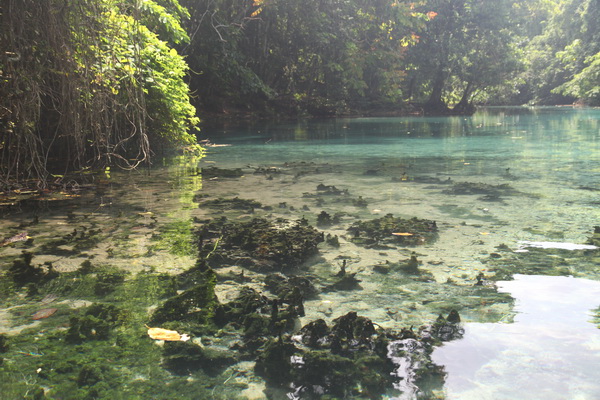 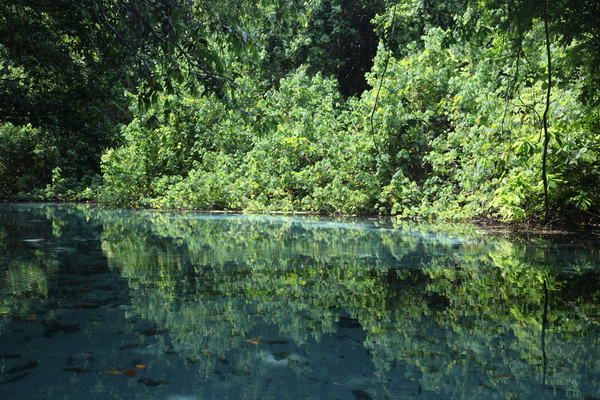 And then I went to the market in Luganville. No need for plastic bags in Vanuatu… 😀 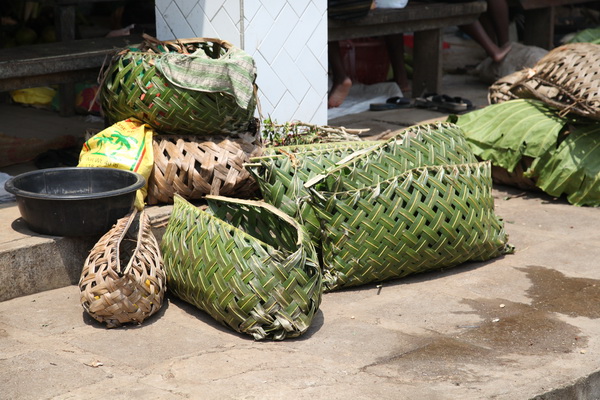 I assume that this is spinach and tarot (?). But not sure…. 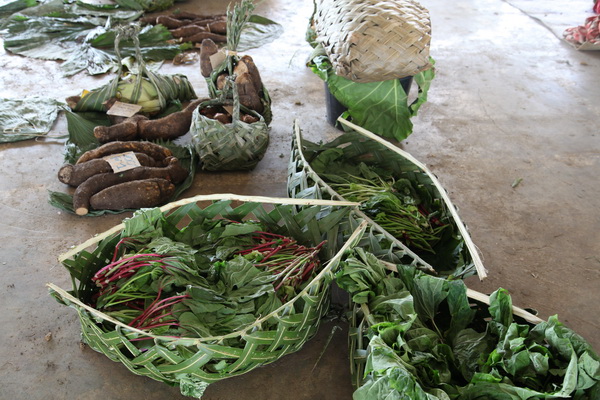 Jackfruit and I think yams (but not sure again). 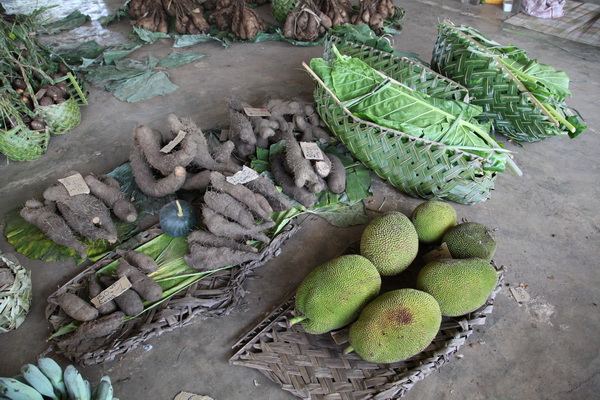 So, this was the end of my pics from Vanuatu… the next ones will be from Sydney. Will go out later again to take pics in the blue hour. Need to take advantage of the perfect foto-weather today.