Well, while sitting here at home I try to keep my mind busy so I am not dwelling on the fact that right now I should be in Sydney. BUT I already have some plans for January too when I will be going back to Norway. So I was looking on the pictures from my trip to Norway last year and I am still amazed at how wonderful nature is up there. I am happy that I will go back in January to snorkel with whales and hopefully see more Northern lights. Here are a few random pictures from the two weeks…

Divers on the loose… 😉 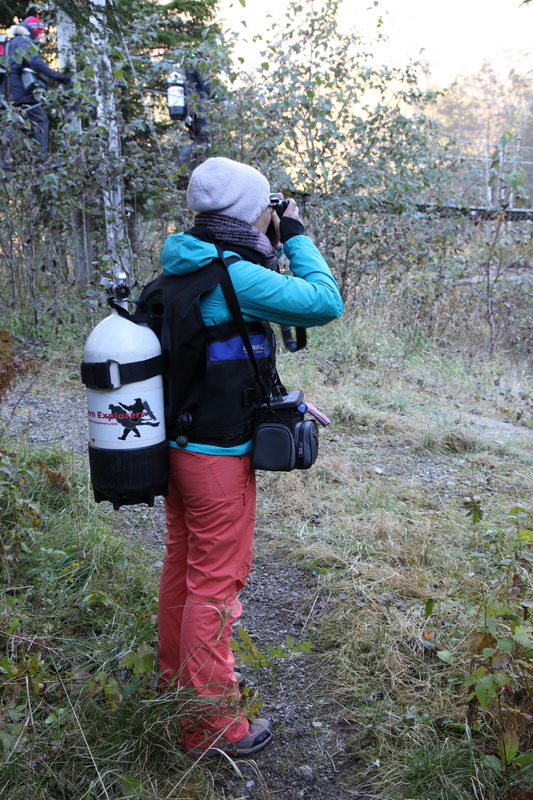 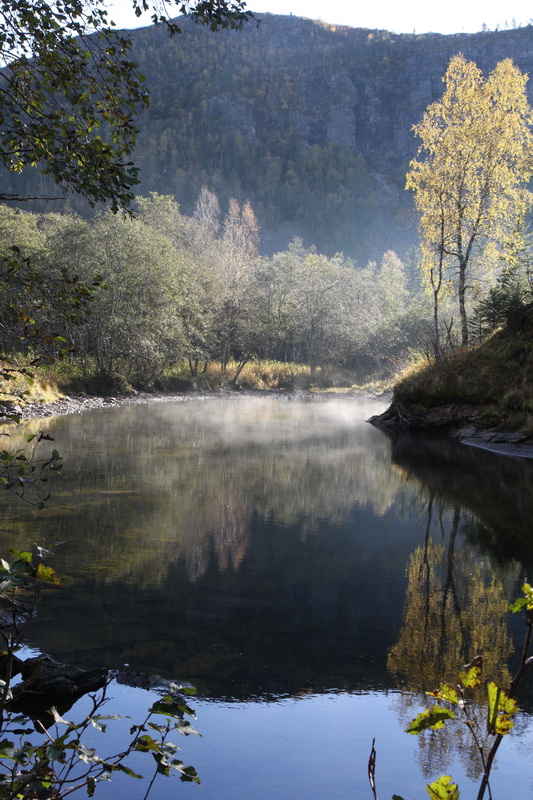 I think that this was a trout. We were looking for salmon too but I don’t think I caught one on a photo. 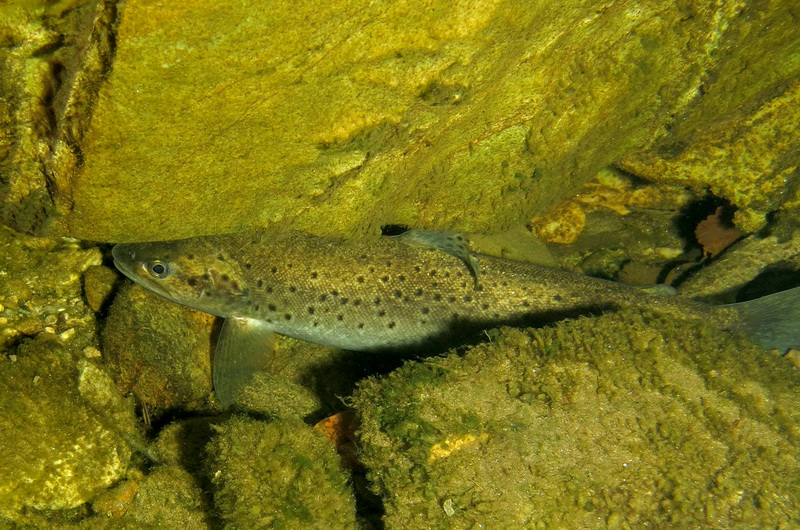 Mirror on the lake…. it was a phantastic day to take pictures along the river. 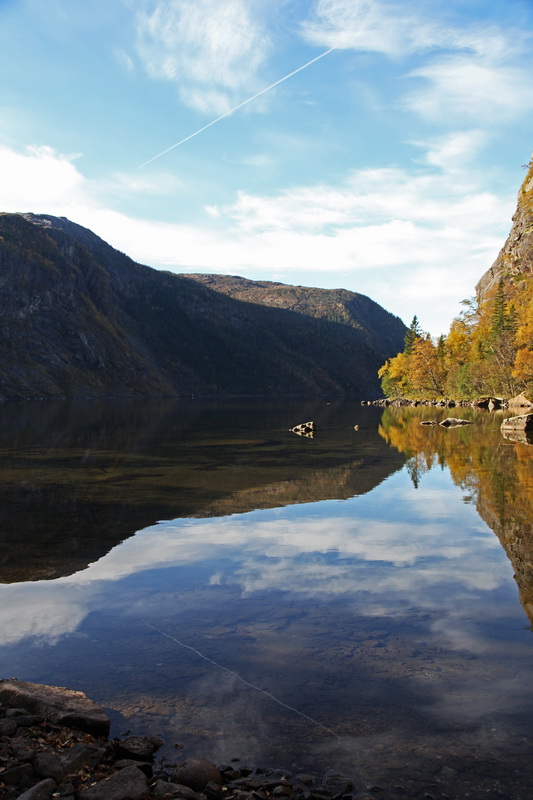 Then we went diving in the Trondheim Fjord. This coral is a deep-sea coral. Normally as a diver you won’t get to see this because they grow below the dive-able depth. 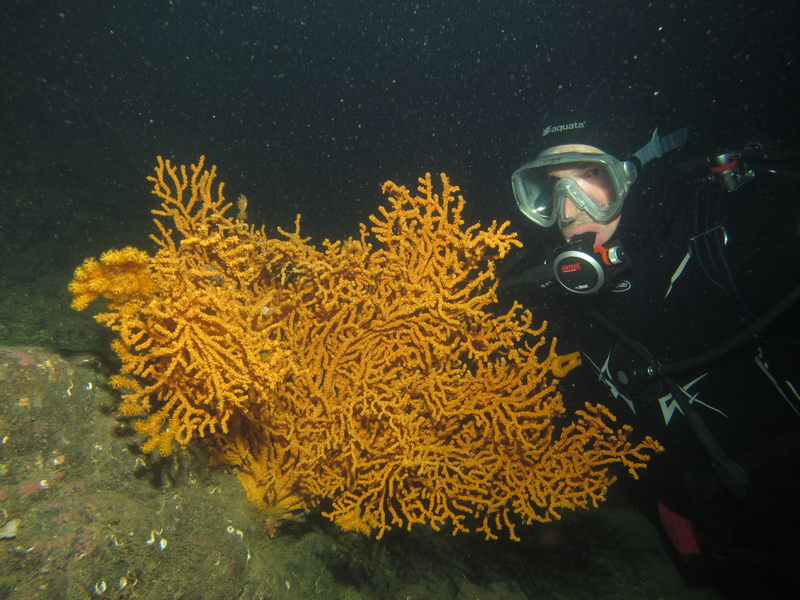 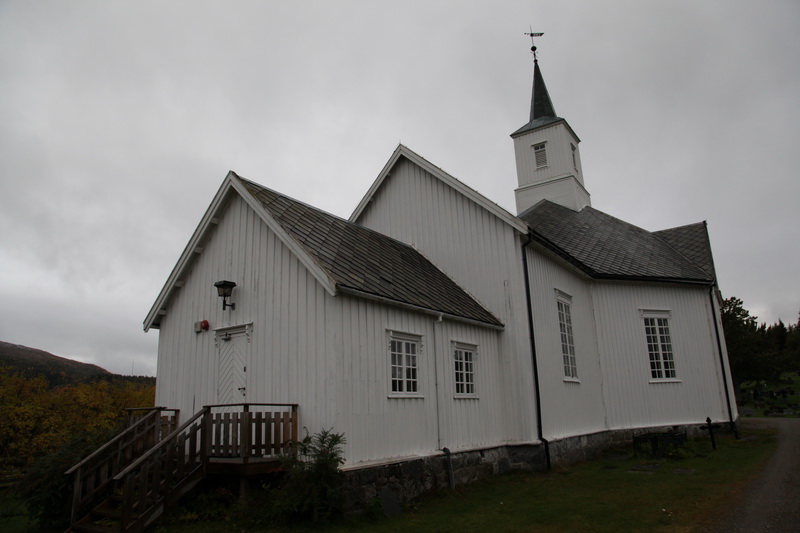 When I saw this bridge over the fog on the Trondheim-fjord I was thinking about Golden Gate Bridge in the fog. Only this one was not red… Unfortunately we nearly never saw it WITHOUT any fog during the 4 days we were there so in the end we were no longer too happy about it. 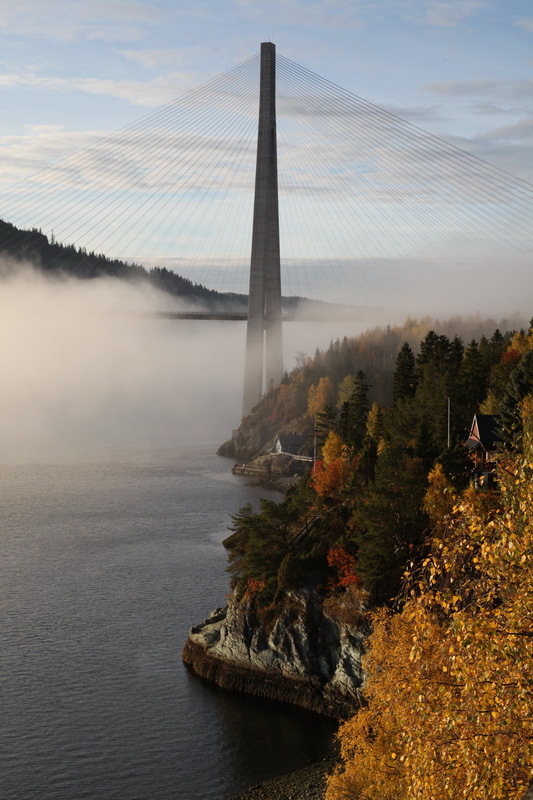 From there we went over to Statland. In Utvorda there is still an area that during WWII had been used to observe the enemy. You can find bunkers that had been used as look-out as well as canons. Don’t think that they already had this outhouse back then though… 😉 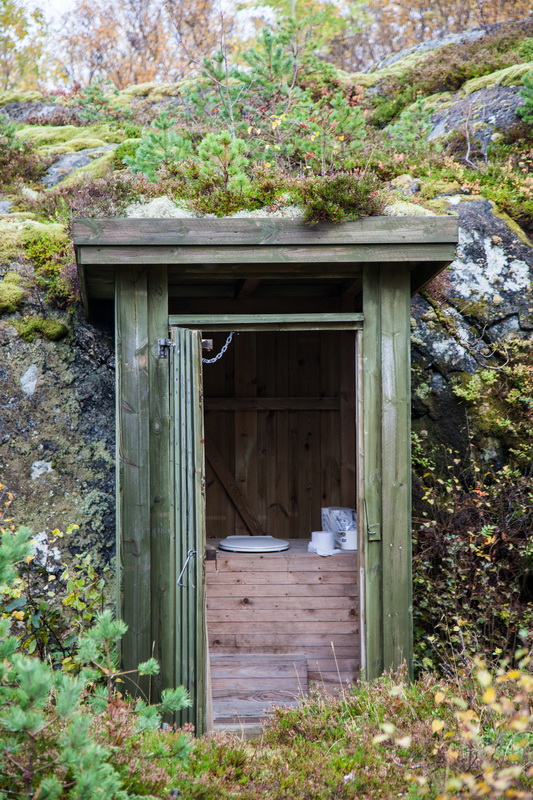 From our house one afternoon I could see the rainbow coming closer over the fjord. It was a one hour-performance of Mother Nature at her best. Absolutely amazing! 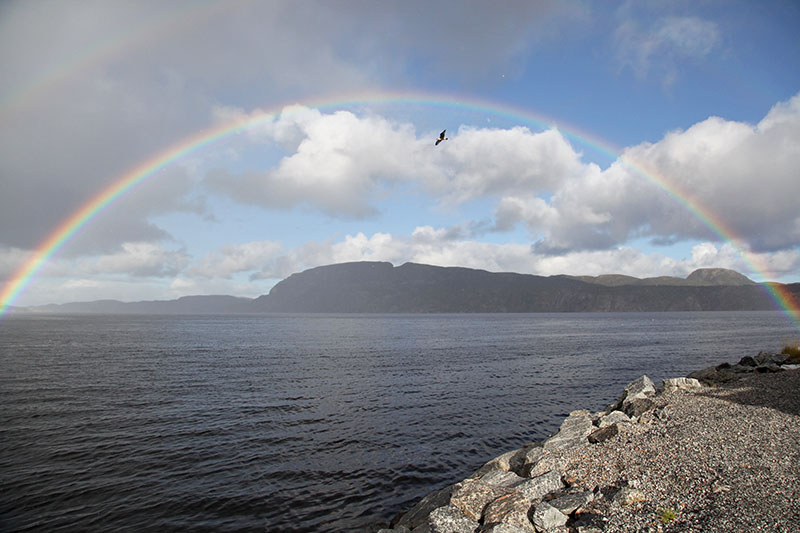 And then, before we had to leave I even found a troll in the woods…. 😀 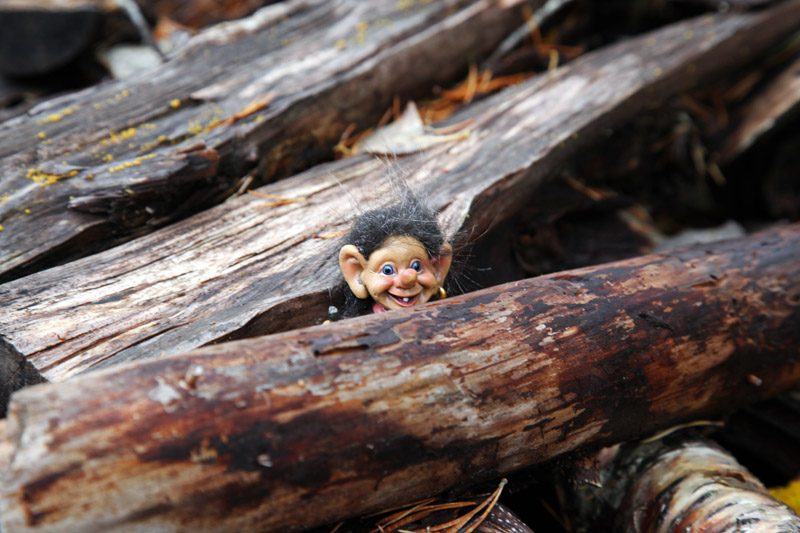 I am looking forward very much to returning to this wonderful country in January….