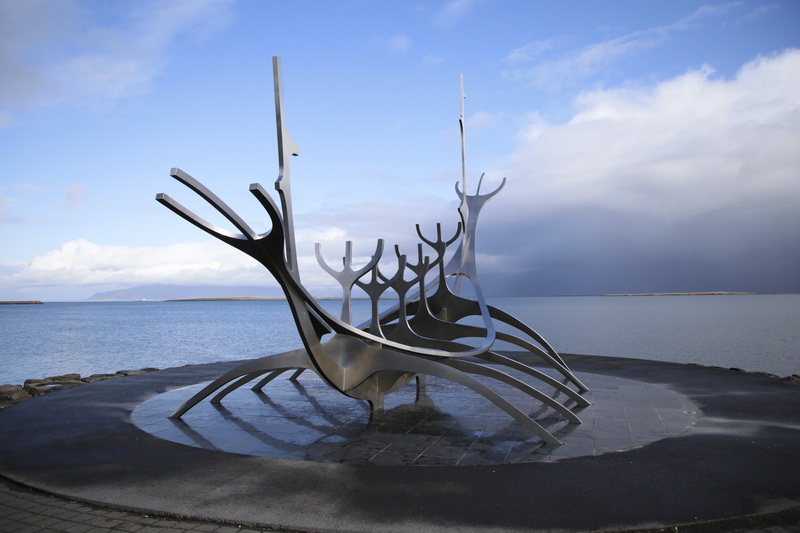 So I arrived back at my hotel and when I mentioned again that I didn’t want a dark room I was informed that I was upgraded to a Superior Suite. 😀 😀 😀 That is what I like to hear. Since we had arrived late I didn’t really do anything other than go to the supermarket to get something to eat. The next morning I had breakfast again in that underground-room of the hotel (it is really weird to eat in the cellar with no windows…), checked out and walked along the shore to get some more geocaches. On the way back it started to rain hard so I found a nice cafe and had a latte macchiato while I waited for the rain to stop. Then went up to Halgrimskirkja again, had a look inside (and was ashamed because there were other germans who were chatting rather loudly in the church – people have some education and talk either in a low voice or go outside… *grmpf*). Outside I was taking pics when suddenly two persons greeted me and it was Andreas and Wolfgang. So we chatted a bit more till they went back to their hotel and I went back to mine to have a glass of wine at the bar before I had to go to the airport. Flights at 0:30 in the morning are not really a lot of fun. This time I went to the right airport though, checked in…. and that was it… byebye Iceland – till next time.