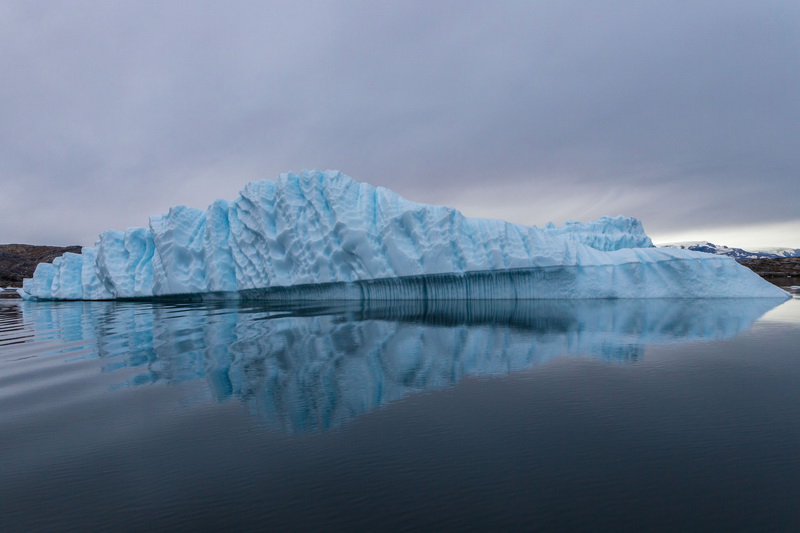 The next morning we schlepped all our stuff down to the marina again and it was a LOT of stuff that had to go on the boat. I did have a dive-bag with snorkelling gear that I didn’t use (but others did 😀 ) and all the dive stuff, sleeping bags, dive tanks… that little boat is bigger than it looks. In addition to our group there was one passenger who came to take a look at the camp. 20 minutes before arrival Sven asked him if he wanted to stay and he wanted… I admire such flexibility when you have no stuff with you for a few days. 😀 The camp is in the middle of nowhere in the Semilik fjord. Sven from Northern Explorers has built it over three summer seasons with the help of friends. The water comes from a waterfall close by but there is no running water in the huts. In the main yes but not in the small ones. We had an outhouse too but there was toilets in the huts too.
There are some sunloungers made out of the palettes that came in with building material. That was the same in Tasiilaq too: the palettes were being re-cycled in the form of outdoor furniture. Good use for them… 🙂
The divers went diving from shore and later on Sven went with Galice and me to the ice-berg cemetery. It is not really a cemetery of course but it is an area where the icebergs are stuck and can no longer go down the fjord to the open see. It was amazing to see them. In the pics some of them seem to be small but in fact were several meters high. And that is only 10% of the actual iceberg. I was fascinated again… we went twice more over the next days and we could see the change in them when parts broke off.