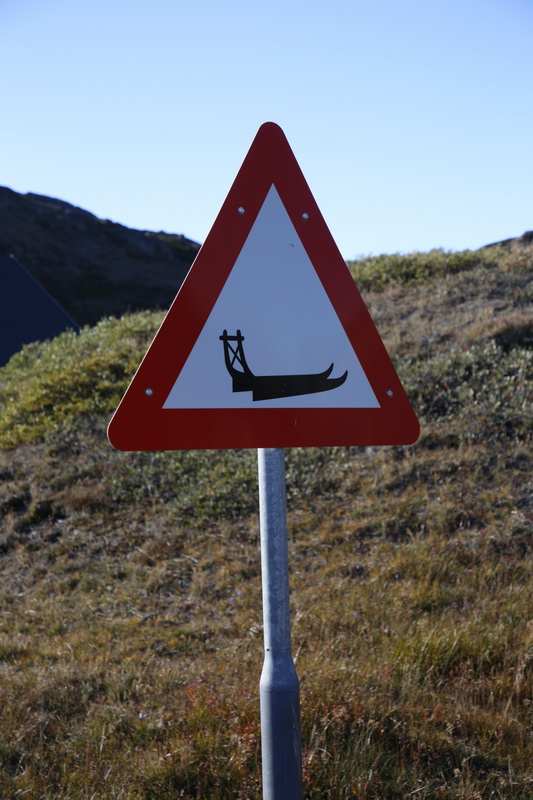 Greenland… and so it begins….

The next morning I got up early, had a cup of coffee in the underground-breakfast room and then I took the bus to the Airport. Keflavik is a 45 minutes bus-ride and to me when I talk about the airport of Reykjavik, it was always Keflavik. When I arrived there I couldn’t check in anywhere and my flight was not on the monitors… so I started to ask around and finally found out that I was at the wrong airport. Reykjavik does have a city airport too but it had never occurred to me that I would fly from there. 45 minutes and 140 Euros later the taxi driver delivered me to the Reykjavik Airport where I still checked in before mostly everyone else. Sometimes it pays to leave early… 😉
In the plane I found the first members of my group and we had some fun during the flight. It was a clear day and landing in Greenland was really beautiful. The airport on Kulusuk is rather small – as is Kulusuk. A little truck came to get our luggage and then we walked down to the waterfront where our boat was waiting for us to bring us to Tasiilaq, the capital of East Greenland. When we came to the open sea it was ‚Wow, look, there is an iceberg!!!‘ 😀 Was the first one of many more to come. Then a humpback whale. The tour started well. It didn’t take that long to arrive in Tasiilaq and we saw our home for the next few days. We had a house for us and in the evenings we walked over to another house where a nice lady cooked really good dinners for us.
After a first introduction to Greenland by Sven we went out for a walk around Tasiilaq and to the flower valley. We visited a museum and in the tourist office I saw my first polar bear 😉 At the entrance of the flower valley there were huskys and close to them a dead mink whale and dead seals. The whale obviously was the food for the dogs.
The valley was nice, some arctic flowers and the cemetery. A while into the valley there were two lakes and I knew that this was the perfect spot for northern lights. The forecast had said that a major sunstorm had come up so we expected some activity… So together with my northern-lights buddy Galice and another nice couple we went up there after dinner… but that is for the next blog entry to tell… 🙂
Here are the pics from arrival and day one in Greenland…. Btw, the blue house on the left of the last pic was ours for three days….